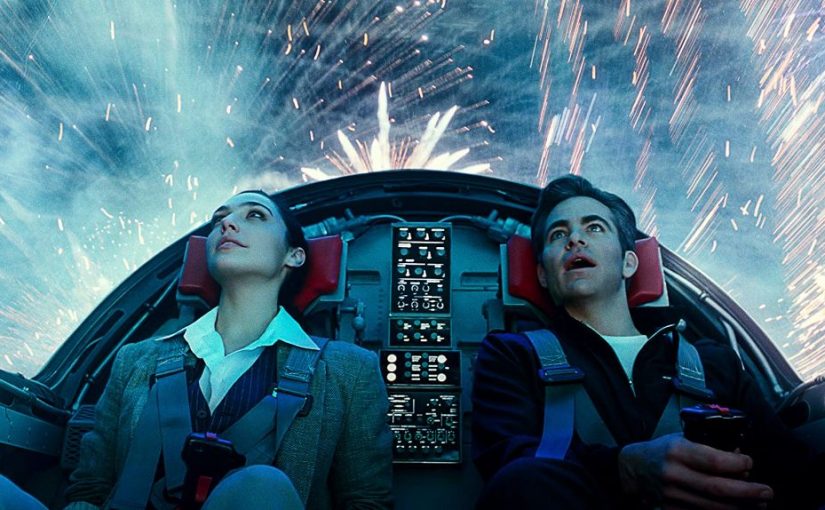 DC’s Fandome online convention kicked off today with a trailer for Wonder Woman 1984. Check it out below!

There are a few key things noticeable in this trailer. For starters, it looks like Chris Pine will be reprising the role of Steve Trevor. The previous speculation thought he would be playing a descendant of the original, much like Lyle Waggoner did in the famous 1970s TV show. However, Steve clearly looks to be stuck in the past without knowledge of things like jet engines and radar.

Diana somehow has the ability to swing from her lasso and grab lightning bolts for support. How this works might not be explained, but gosh darn it LOOKS COOL!

We also finally get some footage of Cheetah in action. If Diana has any arch-nemesis, it would probably be Cheetah, so it will be interesting if she sticks around for further movie appearances.

Wonder Woman 1984 is rescheduled for release on October 2nd. Gal Gadot and Chris Prine return to play Wonder Woman and Steve Trevor respectively. Connie Nielson will reprise the role of Hippolyta, with Robin Wright returning to portray Antiope. Joining the cast will be The Mandalorian’s Pedro Pascal as Max Lord and Kristen Wiig as Barbara Minerva/Cheetah