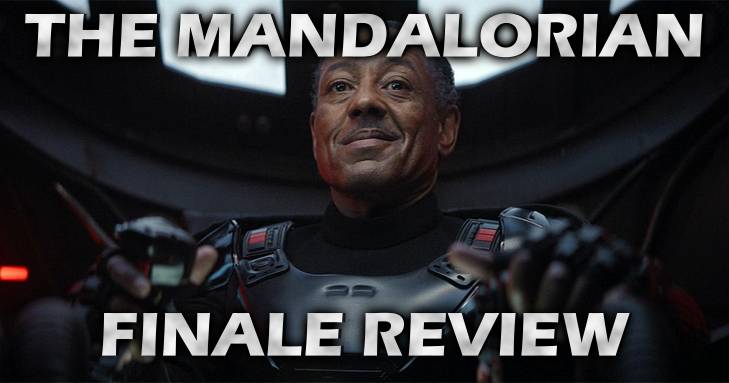 WARNING: Spoilers for the season finale of The Mandalorian are contained within. Do not read if you do not want the ending spoiled!

The season finale of The Mandalorian dropped this week, and it was a doozy. The heroes won the day and saved The Child, but at a huge cost to Greef and his guild.

The good news is The Child (aka Baby Yoda) is rescued, thanks to IG-11 still knowing how to be a badass fighting machine. The bad news is Kuill’s death at the hands of two Scout Troopers is confirmed, despite a funny sequence that reinforced the trope of Imperial troopers being terrible marksmen.

The newly introduced Moff Gideon recognizes Mando, and knows his real name of Din Djarin. As Djarin explains, Gideon was part of the onslaught that massacred Djarin’s family during the Clone Wars. Gideon even mentions the Siege Of Mandalore, which is an unresolved plot from the Clone Wars TV show.

Once IG-11 manages to reunite with the heroes, a grand battle breaks out. Djarin is wounded and demands that the others make their escape. IG-11 convinces Djarin to trust him with his wounds. Reluctantly, Djarin accepts after the droid reminds him that a droid isn’t alive, which means no living thing will see his face.

Alas, Gideon and his men have already laid the guild hideout to waste. Only the weaponsmith is left alive. Now realizing that he must look after The Child as if it were family, Djarin leads the other heroes to the final battle with Gideon.

IG-11, being a machine with no feelings, sacrifices himself and blows up most of Gideon’s men to save our heroes. Djarin manages to take down Gideon’s TIE fighter using explosives. The heroes have one last bonding moment before agreeing to go their separate ways.

The stinger at the end of the episode shows that not only did Gideon survive the crash, but he is also equipped with a darksaber. Whether or not it is the same darksaber Pre Vizsla and Darth Maul used during Clone Wars remains to be seen, but it still a fitting hook for Season Two.

There are still a couple of unresolved plot points. The identity of the mysterious hunter from Chapter 5 is still unknown, but I am actually glad my theory of it being Cara Dune was wrong. This maintains the possibility of it being almost anybody. Hopefully, we won’t have to wait too long into Season Two to get our answer.

Overall, this was an excellent first season that had a satisfactory ending. The Skywalker Saga may still be divisive among fans, but The Mandalorian seems to get almost universal praise. When it comes to great Star Wars, this is the way. I have spoken.

What did you think of the first season on The Mandalorian? Sound off below