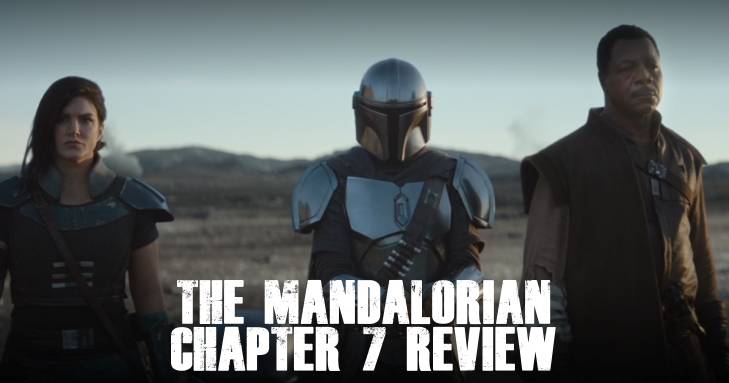 It’s a heckuva week for Star Wars fans. Not only are we getting the final movie in what is now called “The Skywalker Saga”, but we are also getting a penultimate episode of The Mandalorian Season One. It’s a little mind-blowing that the season finale is already next week.

That said, the episode definitely feels like the beginning of a Third Act. Mando is contacted by Greef, who proposes a plan to kill The Client. This would, in theory, eliminate any bounty on Mando’s head and allow Greef to get back to running the guild. Naturally, Mando is suspicious and calls in his new friends Cara and Kuille, who has recently reprogrammed IG-11 to be a butler.

The crew formulates a plan where Mando would pose being captured. Then, at the proper moment, the switch would happen. Greef soon shoots his own trooper guards and admits that he originally planned to double-cross Mando and deliver The Child to The Client. This change of heart earns Mando’s respect and the group continues with the operation.

Before long, the poodoo hits the fan and our heroes are in the fight of their lives. Before long, the final boss of the story appears in the form of Moff Gideon. The episode ends on a cliffhanger with Kuille apparently dead and The Child in the hands of Imperial Scout troopers.

This means we will have to wait a few more days for the final episode to air, as this episode was released a few days early so it wouldn’t conflict with The Rise of Skywalker opening in theaters. Hopefully, it too doesn’t end on a cliffhanger and we get the plot resolution.

Even with only one episode left, there are still many ways this story could go. The heroes could flat out escape and win the day. Or we could get the reveal of the mysterious figure from Chapter 5. I have my theory on who it could be. It’s also very possible another party could join at the last minute.

Thankfully, with The Rise Of Skywalker opening this weekend, there will be plenty of Star Wars to tide us over for the next 10 days.