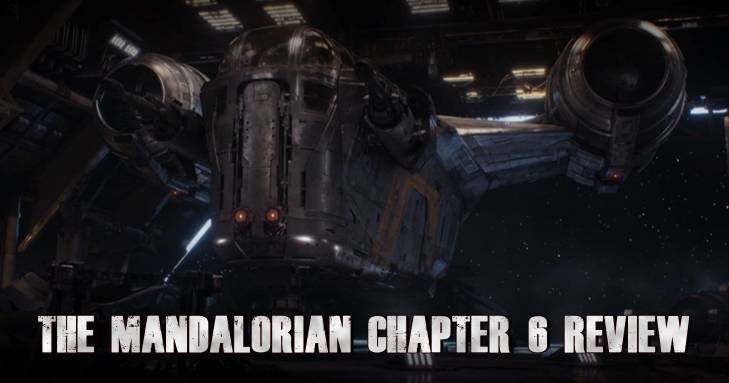 Right off the bat, one of the things that differentiated this episode from the others was that it took place entirely in space or on a ship. This did cause the show to lose a little bit of the Western feel, but it also reminded us that this is still a galaxy far, far away. It also inadvertently made the episode seem a little more like a fan film, just a darn good one.

I will be honest. Bill Burr is literally one of the last names I would expect to see connected to a Star Wars project. But to his credit, the role he played was fitting and made me forget who he was in real life rather quickly.

An actor I was pleased to see was Clancy Brown, whose resume has become a who’s who of geek titles. Sometimes I think he’s in competition with Dolph Lundgren to see who can collect more geek roles. While he may not have been instantly recognizable in the Devoronian make-up, it was unmistakenly him as soon as he spoke.

The story saw Mando take a job that involved teaming up with new characters. His old friend Ranzar (Matt Boone Jr.) introduced him to a team that will help him bust a Twi-Lek, Qin (Ismael Cruz Cordova). from prison. Among the team were a Devaronian named Burg (Brown), a human named Mayfield (Burr), a droid, and Qin’s sister Xi’an “Natalia Tena). However, once the crew learned of the issues Mando had, and especially the presence of Baby Yoda, things took a bad turn and the double-crossing began.

This definitely had a larger cast than normal, but none of the characters suffered from it. If anything, it showed more of Mando’s character and revealed more about his honor. The supporting characters each had a chance to stand out and looked like they could return again in a future episode.

Overall this was another solidly fun episode. There are a couple fun cameos along the way, especially if you are a Clone Wars fan. It’s hard to believe the series will wrap up in two episodes. That said, we won’t have to wait as long, as Chapter 7 drops in the middle of next week to avoid clashing with The Rise Of Skywalker in theaters.