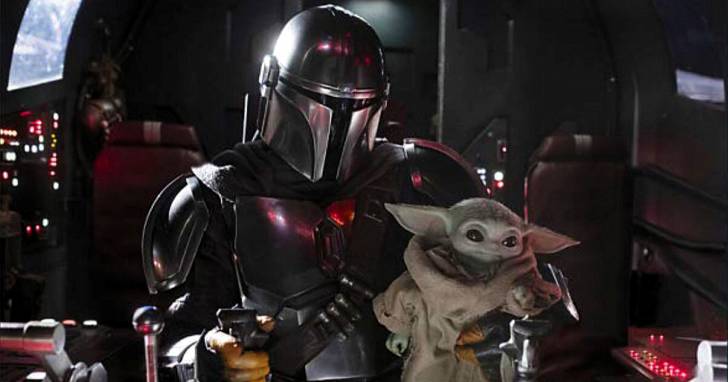 Black Friday may be the busiest shopping day of the year but to Star Wars fans, it’s Mandalorian Day. Season One hits its halfway point with the release of Chapter 4, titled Sanctuary.

Obligatory Spoiler Warning, these reviews have been dipped in Spoiler Sauce. Do not proceed further if you haven’t seen the episode.

In true Western fashion, Mando took residence on a new planet, effectively becoming the new stranger in town. There he met Gina Carano’s Cara Dune and the two quickly formed a friendship. The local village enlisted their help to defend them against a group of Klatooinians who somehow came in possession of an AT-ST Scout Walker.

After saving the town, Cara encouraged Mando to settle down and take up a life. But the arrival of a Kubaz assassin quickly ended any hope of a peaceful life. Knowing that staying in one place will endanger not only Baby Yoda but everybody else around him, Mando packed his belongings and departed for the next planet like Bill Bixby in an episode of The Incredible Hulk. The only thing missing was The Lonely Man theme.

This episode was different from the previous ones, since it had no mission, no guild, and had an entirely new supporting cast. If the First Act of the season showcased Mando’s fighting skills, the Second Act looks to delve more into his character. This episode showed the most human side of him yet. He knew to defend the townspeople was the right thing to do. His compassion is both an asset and a curse, since anybody he spends time with eventually gets put in danger.

This show alone is easily enough to justify a Disney+ account. With more Star Wars spinoffs in the works and the eventual debut of Marvel MCU material, 2020 will be a very interesting new era of geek TV.