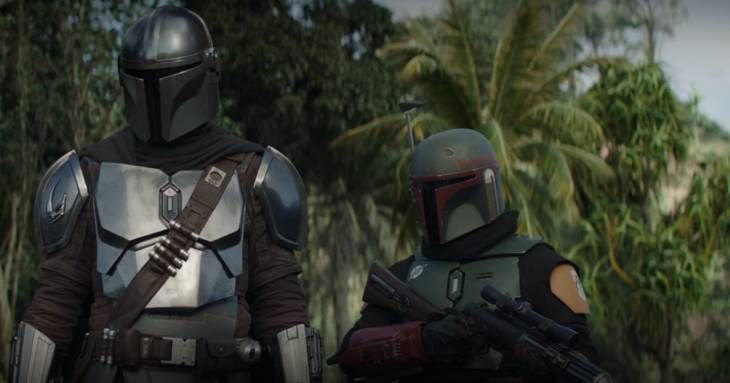 This episode had its work cut out for it because it had to follow the epic return of Boba Fett. Admittedly, the return of Bill Burr’s Mayfeld didn’t feel like a big contender.

SPOILER WARNING: Imperial cruiser size spoilers within. DO NOT proceed if you do not want to be spoiled.

As expected, Mando is assembling a team to help him spring Grogu from the clutches of the vile Moff Gideon. So far, he’s gotten Boba Fett, Fennec Shand, and Cara Dune on his side. The opening scene saw Dune get Mayfeld off and Imperial junkyard to join the group.

Mayfeld tells the group that he can locate Gideon’s ship if he can get into a secret Imperial base on the planet Makor. But alas, the mission goes awry when Mayfeld’s former officer takes notice of him and Mando. This forces Mando to spend a good deal of time without his helmet disguised as a transport trooper.

Fortunately for Mando, Mayfeld makes sure everybody that saw his face didn’t live to tell anybody who he was. Our heroes then blast their way to freedom. Fans of Attack Of The Clones even got a nice treat with how Boba Fett handled the pursuing TIE Fighters.

In the now obligatory final shot stinger, Mando sends a warning to Gideon himself saying that he is coming for Grogu.

With so many great to excellent episodes this season, one that is merely “good” may seem like a step back. Still, this episode had a lot of good stuff in it. Mayfeld showing his “shades of gray” outlook on life was good character building. Plus, a heist style story always works when it’s done well. This may not have been quite up to the previous three or four episodes, but it was still a darn good episode.