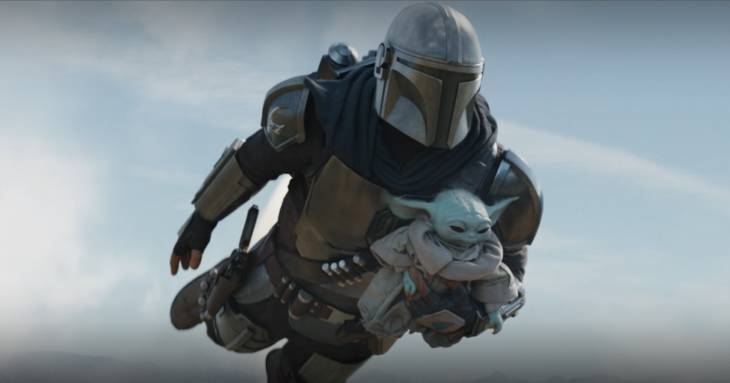 WOW! What an episode! Just about everything you could expect to happen in this episode happened.

SPOILER WARNING: There are major spoilers within! Proceed at your own risk!

Where to begin with this episode? When we left off last week, Ahsoka Tano sent Mando off to the planet Tyrhon where he can have Grogu reach out to find other Jedi.

This episode picked up with Mando taking Grongu to the temple and placing him on the pedestal. Once Grongu activated the pedestal, a ship almost immediately appeared. But it was not just any ship, it was Slave I, Boba Fett’s ship!

This brought the face to face confrontation we were hoping for since the beginning of the series: Mando vs. Boba Fett. Fett only wants his armor back. Mando doesn’t believe that Fett is a real Mandalorian, so he refuses. Before the two came to blows, squads of stormtroopers showed up, forcing them and Fennic Shand to fight alongside each other.

During the battle, Fett managed to make his way into the Razor Crest and retrieved his armor. Once he donned the famous dented green armor, he made quick work of the Imperials.

The victory was short-lived, as Gideon’s cruiser fired from orbit and destroyed the Razor Crest instantly. Gideon then ordered the Dark Troopers to retrieve Grogu. They succeeded so quickly one had to wonder why he didn’t send the Dark Troopers in the first place…

In the wake of the Razor Crest’s destruction, Boba proves to Mando that Jango Fett was a foundling, the same as Mando himself. Thus, Boba is worthy of wearing the armor. He also pledges debt to Mando until Grongu is safely rescued. Fortunately, Slave I was left intact, and Fett, Shand, and Mando blast off in pursuit of Grogu.

The final scene showed Gideon shackling up Grogu to bring him to Dr. Pershing.

Just when I think this show can’t get any better, this show proves me wrong. We not only got the return of Boba Fett but the return of Fennec Shand as well. The Razor Crest is destroyed, and Grogu is in the hands of The Empire. With only two episodes left, can they come to a satisfactory conclusion for the season? Or will Season Two end in a cliffhanger?