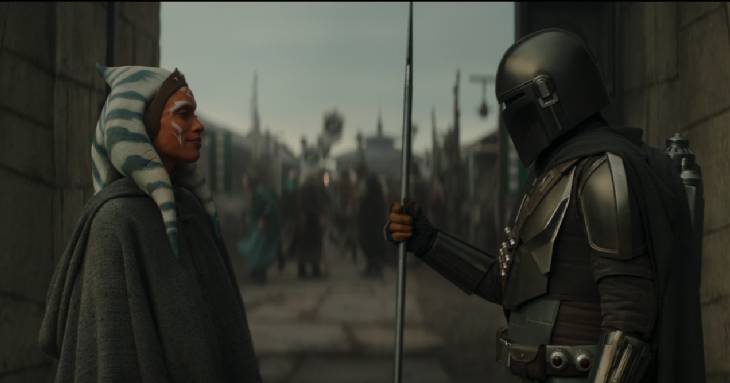 We are now in the second half of The Mandalorian Season Two and the bombshells aren’t letting up anytime soon. Not only did we get the live-action debut for Ahsoka Tano, but we also got Baby Yoda/The Child’s real name!

SPOILERS AHOY! If you don’t want to be spoiled, stop reading now!

Baby Yoda no more! Chapter 13: The Jedi officially gave us The Child’s name, Grogu. Ahsoka Tano recognized Grogu from when he was at the Jedi Temple on Coruscant. Apparently, he was brought into hiding after the rise of The Empire where remained until the start of The Mandalorian.

Ahsoka also explained to Mando that she cannot train Grogu because she sensed much fear in him. She told Mando to seek out the planet Tython and bring him to the Jedi Temple. There, a Jedi may sense him and seek him out.

That is not all Ahsoka did in this episode. She also managed to confront Morgan Elsbet (Diana Lee Inosanto) about the whereabouts of Grand Admiral Thrawn. Presumably, this may be the next step in finding Ezra Bridger, who has been missing since the end of Rebels.

Mando kept his end of the bargain by taking down Lang (Michael Biehn). However, unlike Morgan, it’s pretty clear that Lang got killed off while Morgan is left to pay for her crimes.

Once again we got a near-perfect blend of the classic Star Wars feel combined with new characters and new situations. Each episode has so much going for it that it’s hard to believe they are only 30-40 minutes apiece. Presumably, next week will give us the planet Tythonm which does exist in the books and comics. It will be interesting to see how the planet is depicted in live-action.