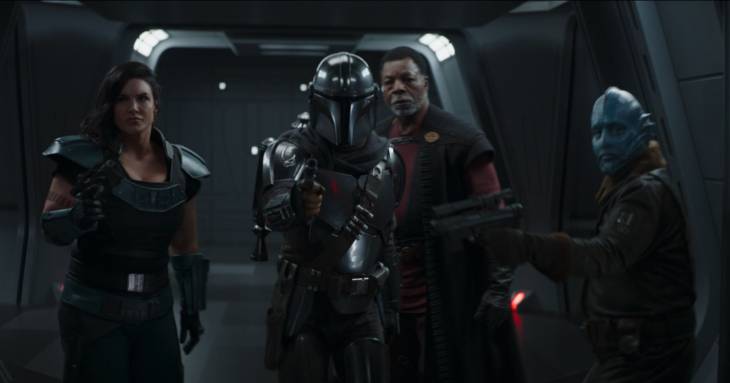 Last week gave us an action-packed episode that featured the live-action debut of Bo-Katan Kryze. This week saw the return of a few old friends and Baby Yoda cuteness. If you miss the Baby Yoda from last season, this episode is right up your alley.

Bo-Katan gave Mando instructions to seek out Ahsoka Tano on the planet Corvis. However, The Razorcrest is unable to make the trip, so Mando decides to revisit Greef and Cara on Navarro. This also saw the return of Mythrol, who wasn’t exactly pleased to see Mando again.

So Mando got to catch up with his friends, got his ship repaired, left without a hitch, and the episode ended on a happy note, right? Of course not…

While The Razorcrest is getting repaired, Greef and Cara enlist Mando’s help to fully liberate Navarro from Imperial control. However, once they infiltrate the Imperial base, they find it’s more than just a base, it’s a secret lab with what appeared to be cloning chambers. The Empire has been trying to use Baby Yoda’s blood to presumably make clones.

Once they got back to town, Greef and Cara downplay what they saw when questioned by Carson Teva, who revealed he knew Cara was from Alderaan.

The now obligatory stinger final scene saw Moff Gideon on board his capital ship. An officer informs him that the Razorcrest has been equipped with a homing beacon a la The Millennium Falcon in A New Hope.

This was another home run of an episode. Great chemistry between the main characters, high-speed action, and a lot of seeds planted for future episodes. Mythrol naturally provided comic relief with his cowardice, but that never hindered the action or the flow of any scene.

This episode also gave us the best chase scene yet in the series. Not only did our heroes have to evade pursuing scout troopers, but they also had to deal with TIE Fighters as well.

We’d love to hear your feedback. Sound off below!