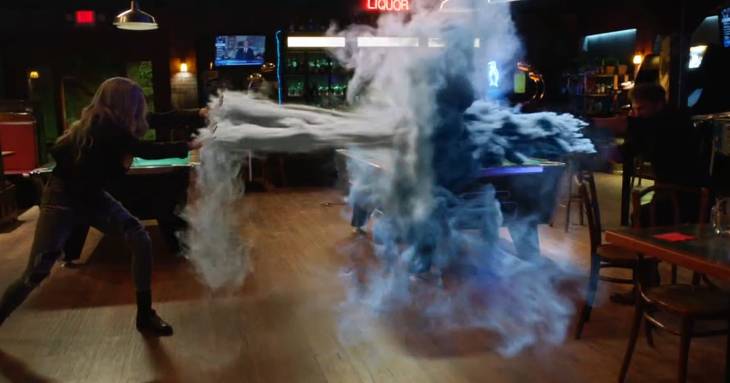 This season of The Flash has focused on different Forces manifesting themselves into human form. Last week, we were introduced to The Still Force. Will we see other Forces this week?

SPOILER ALERT! Do not proceed if you wish to avoid spoilers!

Barry is finally conscious after his battle with Fuerza two episodes back. Unfortunately, his control over his powers is growing erratic as he accidentally destroys a bottle of mimosa during the opening stinger.

Kristen Kramer made her intentions of arresting Killer Frost known. So, as luck would have it, an attack involving a meta with ice powers happens, and Kramer is certain Frost is behind it. Of course, Joe and Barry know Frost is innocent because she has been at Star Labs the whole time. On top of that, the ice formations do not match Frost either. However, Kramer remains unfazed in her belief that Frost is responsible.

Frost does her own investigation but her luck turns sour when Kramer goes on TV and announces a $100,000 reward for her capture. She still manages to learn from the local bartender that a new meta is in town and uses experimental tech. While she is busy with that, Caitlin Snow is arrested for Frost’s crimes.

Frost quickly deduces that the bartender is the one who tipped off the police and the two have a fight which sees Frost outsmart the self-proclaimed Chillblaine. However, rather than go into hiding again, she surrenders to the police.

Meanwhile, back at the Allen residence, Nora has almost fully recovered, which means Barry has regained full control of his powers. The two make up their differences and agree that Nora is part of the team.

There have definitely been better episodes and there have been worse ones. It felt very much like a “Villain Of The Week” story. In fact, the concept of living embodiments of Forces comes across as a way to avoid the “Speedster Villain of the Season” format of the first four seasons. Still, it is relatively early in the season, and many of these CW shows don’t pick up until the mid-season.