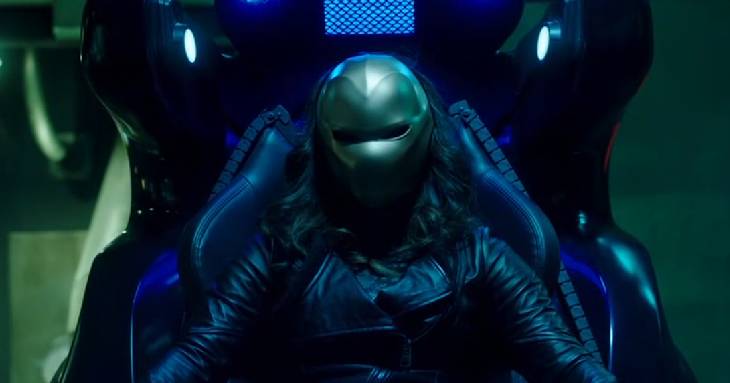 We finally have a villains teased years ago

“Cecile” shows Joe that Kramer served with one of her clients in the Army but Kramer’s own records don’t reflect that. Joe goes off to investigate.

Barry meets with “Cecile”, who mentally knocks him out. She then plays along with the team to help them deduce that it was the Psycho Pirate mask that is the source of the problem.

Barry awakens and finds himself in a very clean and tidy pysche-ward with the real Cecile. The last thing she remembers was getting struck by lightning from a few episodes back. It reminds Barry of Grodd doing something similar to him before. The problem is if they “die” in this realm, they die in real life too. Cecile explains that they are in the mental hospital she was in after the passing of her mother. Barry realizes that if she can face her guilty feelings over her mother’s death, they can escape.

Meanwhile, in the real world, Sue steps in to help the team at STAR Labs. She notices how easy it was for the team to find out what the problem is and how they can stop it. She and “Cecile” sneak in and recover the mask. However, when Sue gets to the mask, “Cecile” puts it on and forces Sue to tranquilize herself.

Chester blames himself for the team’s failure to recover the mask. Iris explains that he coudn’t have known what was really going on. Chester does figure out that the mask needs a more powerful source and that may be Devoe’s chair they’re keeping at STAR Labs. Iris fights “Cecile” but her guns are useless against the chair’s shields. As “cecile” taunts, Chester comes from behind with a katana and destroys the chair. Barry comes to in real life and “Cecile” returns to her normal self.

In the epilogue, Cecile tells Joe of her past guilt over her mother. Joe understands and brings up that Kramer led her army unit into an ambush and was the only survivor. Joe believes that Kramer is actually a traitor.

Maybe it was the return of a familiar face… er, mask… but this episode just flowed better than others. If Kramer is secretly a meta, it might explain why she has such a vendetta against other metas. It would eliminated potential resistance.