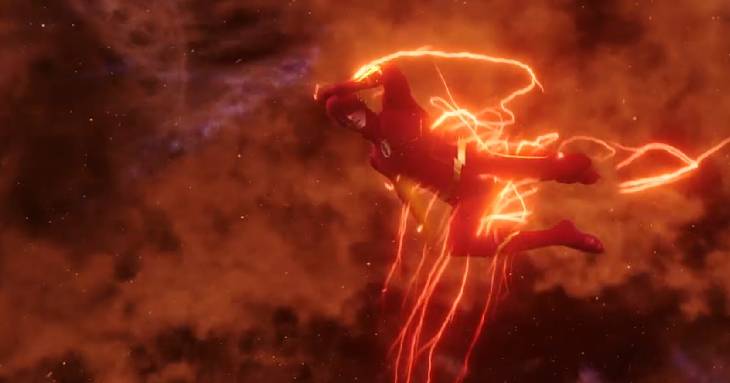 It turns out nobody died. Bashir, aka Psyche, was able to project an illusion that depicted Speed Force Nora as killing everybody except Barry. Once Nora and Deon left, Psyche restored everybody to the norm. Barry decides to take Psyche and Alexa, aka Fuerza, to the past to keep them safe. Because, of course, nothing bad happens when Barry travels through time.

A storm begins ravaging the city, much like the time Barry had to join The Speed Force a few seasons back. Joe sees that a lightning strike ripped open Iron Heights and several prisoners escape. A pink blast comes out of nowhere and strikes Cecile. During the storm, Frost starts rounding up the other escaped prisoners, including Chillblaine.

Barry drops his friends off at his childhood home in the past. He then finds Deon and tells him the truth. It’s not Nora that is creating the storm, it’s the other Forces. Soon, Nora shows up and zaps them all into The Speed Force itself. Barry runs off to battle the storm. After a dazzling battle within a huge tornado, Deon and Psyche show her a future where she is victorious… and left alone. Nora finally sees this is a fate worse than death and surrenders. With the combined efforts of the Forces, Barry is able to run off the storm.

In the epilogue, all the Forces take up home in Barry’s Speed Force home. Cecile awakens to a grateful Joe. Frost gets her sentence reduced to probation for her heroic efforts. Barry and Iris decide to finally start their real family. Barry says “I love that Impulse…”

This was a nice wrap-up to most of the major storylines, all things considered. The last few episodes were probably light on effects so they could go all-out in this mid-season finale. It seems like stopping Kraemer will be the main plot for the second half.