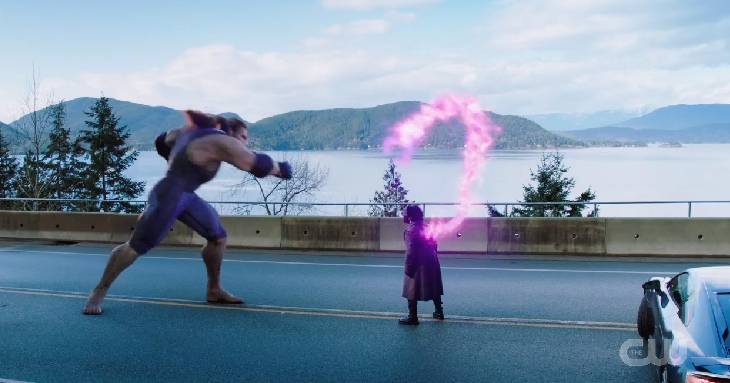 Obligatory SPOILER WARNING! Do not proceed if you do not want to know what happens!

Team Flash managed to resurrect Alexa after she was killed in the last episode by Speed Force Nora. Barry insists on training her to control her powers as Fueza, the Strength Force. Things don’t go as planned and Cisco gets injured.

Meanwhile, Kraemer has initiated a new plan. She wants to use weapons laced in meta-human cures to stop meta-criminals. Joe does not approve of this plan but realizes that she has the governor on her side. Rather than fight he decides to resign his position and walk away.

Caitlyn tells Barry that Alexa needs time and patience to adjust to her new powers. She is also able to calm Alexa down enough to give training a second chance. This time she is able to get through to Psyche and talk him down from taking revenge on another acquaintance.

Unfortunately for the heroes, Nora has convinced Dion to join her, and the obligatory stinger is her apparently draining Psyche and Alexa of all their energy.

I don’t know if it’s the writing, the hand that was dealt due to the real-life pandemic, or something else, but this season has felt pretty weak so far. I can’t really sink my teeth into the villain’s goals, and most action sequences are so brief they almost look like highlight reels. The courtroom drama a week or two back was surprisingly effective, but this time around it just felt more like there wasn’t a budget for action, so everybody talked their way down.