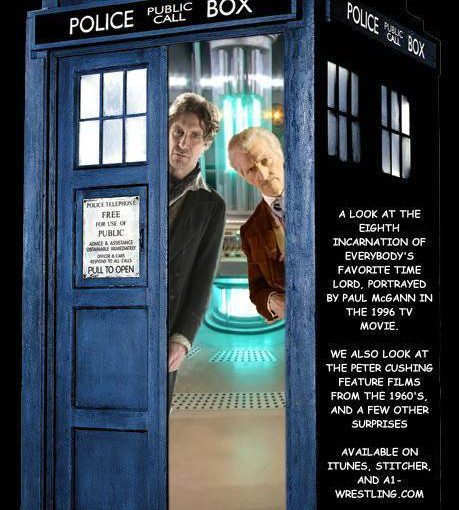 1996 brought a surreal time for Doctor Who fans. The BBC worked with Fox Network to revive Doctor Who with a new Eighth Doctor. While the reception to the movie was mixed, many fans seemed to enjoy Paul McGann‘s take on The Doctor. We look at what remains to be the only televised adventure of The Eighth Doctor, and speculate on how McGann could still be used in new stories.

As an added bonus, we also talk the non-canon Peter Cushing movies from the mid-1960’s… and why they are actually good movies for their time. Can Peter Cushing be made canon? Does it matter? (Hint: No it doesn’t…)

But that’s not all! Stephen Moffat has announced that The Doctor could very well be a woman in the next incarnation. Can this do justice to the character? And if so, how? You’ll here some dynamite ideas for how The Doctor can change genders. You won’t here this anywhere else!

All this and more on this exciting edition of Examining The Doctor!