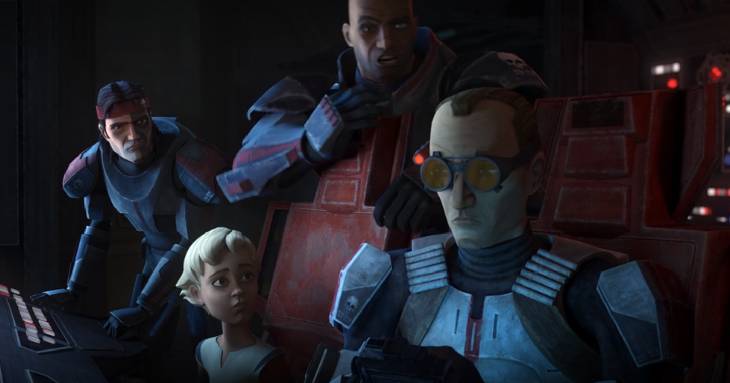 SPOILER WARNING! Do not read if you want to avoid spoilers!

Much like the last episode, this one starts with the team deciding to land on a planet for repairs. Unfortunately for them, their ship is becoming a little more noticeable and a local alerts Fennic Shand to their presence.

Omega gets distracted by cute fluffy things and quickly crosses paths with Shand. The bounty hunter takes Omega through the streets. Hunter pursues her in a speeder chase and is able to retrieve Omega. He realizes that Shand wasn’t after them, she was after Omega the whole time.

This episode flew by and not because it was a few minutes shorter than previous ones. It felt like one act with an extended chase sequence. Having the bounty on Omega instead of the team themselves was a simple but effective twist. It will be interesting to see how much of a role Fennic plays in future episodes.