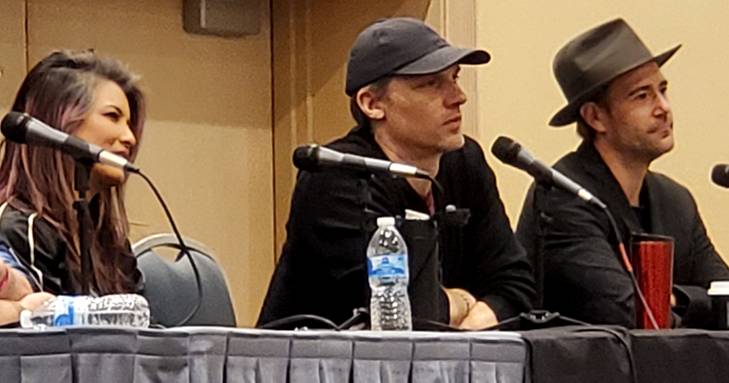 Wizard World Chicago held an Arrowverse Panel this past August where actor Teddy Sears talked about his recurring role as Jay Garrick in Season Two of The Flash.

SPOILERS for fans who haven’t seen the second season of The Flash!

As fans of The CW show know, Season Two saw the addition of Jay Garrick to the cast of characters. Jay was, of course, the original Golden Age Flash in the comics dating back to 1941.

Season Two also introduced Zoom as the main villain. However, it wasn’t until the latter half of the season that fans saw that Jay and Zoom were one and the same.

So how much did Sears know ahead of time? Did he know he’d turn bad when he was cast?

“I knew that it was going to happen, yes,” answered Sears. “I was told before we started filming ‘here’s the idea for the season. You’re going to be this, and then you won’t be.’ And so what happened is I began to shoot all my stuff as Jay Garrick and I loved it. And I loved it so much that a lot of time went by, and I convinced myself that the writers had changed their minds because they hadn’t talked to me in a while.”

Sears continued, “I was going to be this character, as Jay, for the whole season. And then a few months went by, and I remember opening a script and seeing… [the reveal] is going to happen they said. I was disappointed.

“But then when I began to play Zoom, I was very excited,” he added. “One, because it was so different than playing Jay. Jay is so much closer to me as a person, so that was easier for me to sort of . And Zoom was so different for me, and it was very scary.”

Sears concluded by saying “So, it’s a long answer to say I knew it was coming. I was kind of hoping it wasn’t, but once it did, it was a great thrill. It was awesome.”