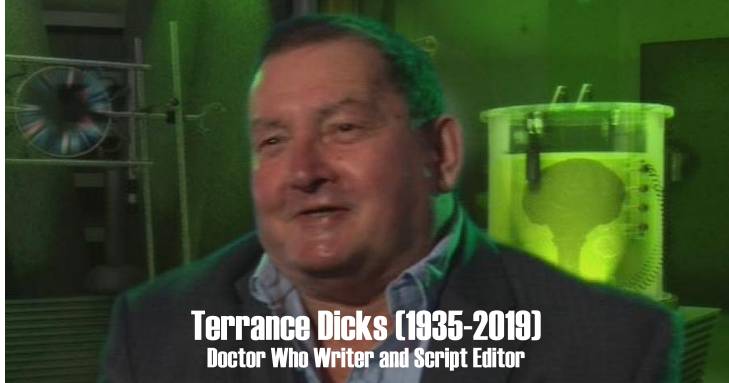 It is a sad day for fans of Doctor Who and science-fiction. Terrance Dicks, a prolific writer who wrote several TV stories and novels, passed away at the age of 84.

Dicks broke into TV by writing episodes of The Avengers (the BBC show, not the Marvel superheroes). For Doctor Who, he and friend Malcolm Hulke wrote The War Games in 1969, a 10-part finale (?!?!?) to Patrick Troughton’s run as The Doctor.

Other Doctor Who TV stories to Dicks’ credit include the Tom Baker stories The Brain Of Morbius and The Horror Of Fang Rock. And of course, the 20th Anniversary story The Five Doctors.

In addition to writing stories, Dicks served as script editor for Doctor Who under showrunner Barry Letts. He was also frequently chosen to adapt TV stories to novels for Target Books.

While he will probably be best remembered for his Doctor Who contributions, his work was not limited to just that. He wrote dozens of children’s books and original novels.

We at Geekville Radio send our deepest condolences to the family and friends of Terrance Dicks.