Star Wars actor Dave Prowse, who famously donned the black armor to appear as the iconic Darth Vader in the Original Trilogy, has passed away at the age of 85.

In addition to his Star Wars work, Prowse appeared in numerous horror and sci-fi films, including Frankenstein and the Monster from Hell where he starred with future co-star Peter Cushing. He also had a role as the minotaur monster in the Doctor Who story The Time Monster, making him one of the few actors to have roles in both Star Wars and Doctor Who.

We at Geekville Radio would like to extend our condolences to the Prowse family for their loss. 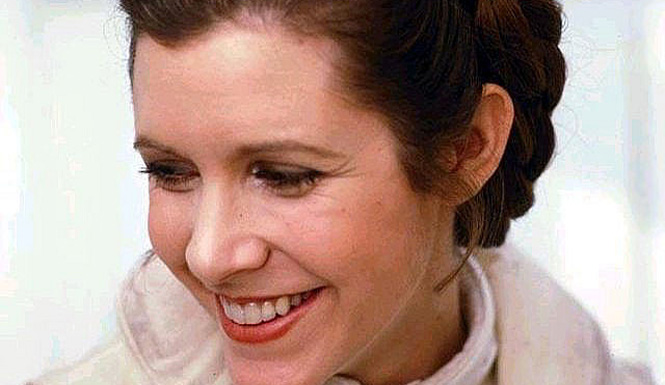 Actress and New York Times bestselling author Carrie Fisher passed away Tuesday morning from complications of cardiac arrest. Fisher suffered a heart attack while on a flight from London to Los Angeles on Friday afternoon. She was 60 years old.

Born to parents Eddie Fisher and Debbie Reynolds, Carrie Fisher took to acting at a very young age, appearing in her first feature film Shampoo in 1975. But it was her iconic role as Princess Leia Organa in the original Star Wars trilogy that launched her into superstardom. She also had memorable roles in The Blues Brothers, When Harry Met Sally, and Hannah And Her Sisters.

In addition to acting, Fisher was an accomplished writer with four novels, two screenplays, and three non-fiction books on her resume. Her novel Postcards From The Edge was also adapted into a feature film, and she doctored scripts for several other movies including Sister Act, Hook (in which she also had an on-screen cameo), and The Wedding Singer.

Fans and celebrities alike took to social media quickly to pay tribute to the late actress.

Well 2016 is officially the worst. RIP Carrie Fisher. Thank you for inspiring generations of young women to kick ass. Truly an icon.

No words. We love you @carrieffisher forever our Princess. May God bless you as richly as you blessed us #CarrieFisher pic.twitter.com/1UNsWOEKuW

We bid a fond farewell to the beloved and iconic star of #StarWars, Carrie Fisher. https://t.co/D1BaubcT6y pic.twitter.com/U2P8a3X5gv

I'm deeply saddened to learn of the death of Carrie Fisher. I will miss our banterings. A wonderful talent & light has been extinguished.

I thought I had got what I wanted under the tree. I didn't. In spite of so many thoughts and prayers from so many. I am very, very sad.

We here at Geekville Radio wish to extend our deepest condolences to the Fisher family in this time of grief.