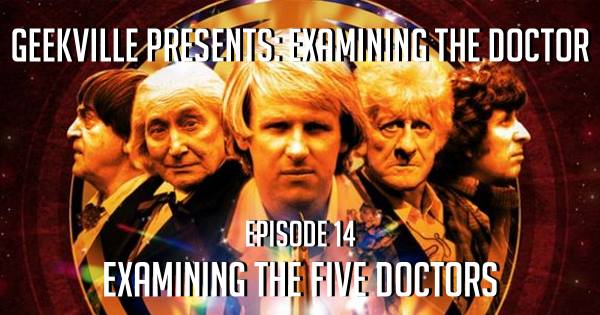 It’s a new era for Examining The Doctor. The format of the show has officially shifted from examining all of The Doctor’s incarnations to examining stories. Each new episode will look at a classic or modern Who story, and will provide a commentary track to be played during the episodes. History, insight, and jokes aplenty to be found. If you’re a fan of Doctor Who and movie riffings a la Mystery Science Theater or Riffrax, you’ll love this new format. The first story to be examined is the 1983 classic The Five Doctors, which aired for the show’s 20th Anniversary.