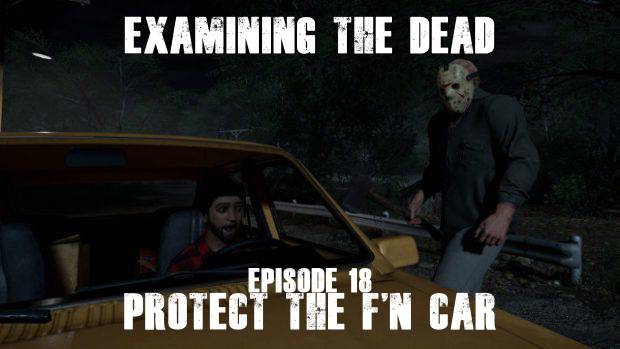 Examining The Dead is back for 2018 talking news and fun in the world of horror and video gaming.

The Child’s Play franchise is being adapted into a TV series, which will be developed by original writer Don Mancini and producer David Kirschner. Brad Dourif is also returning to voice the iconic character Chucky.

In other TV news, Sabrina The Teenage Witch is getting a darker reboot courtesy Roberto Aguirre-Sacasa, who tweed a photo of the new take on Salem.

Another remake is in store for V, only this time it’s hitting the big screen!

The Friday The 13th video game is getting dedicated servers, and expanded single player adventures.

Crazy Train reviews two documentaries. Crystal Lake Memories is a thorough look at the Friday The 13th film, including all 12 feature films and the TV series.

Train also looks at 2010’s Never Sleep Again, which examines all of the Nightmare On Elm Street movies and TV shows. If you’re a fan of either franchise, these documentaries are for you!

YouTuber NapcityCell joins the show to talk the Friday The 13th game, including what’s in store for the upgrades. And you’ll learn why this episode is called “PROTECT THE F’N CAR!”