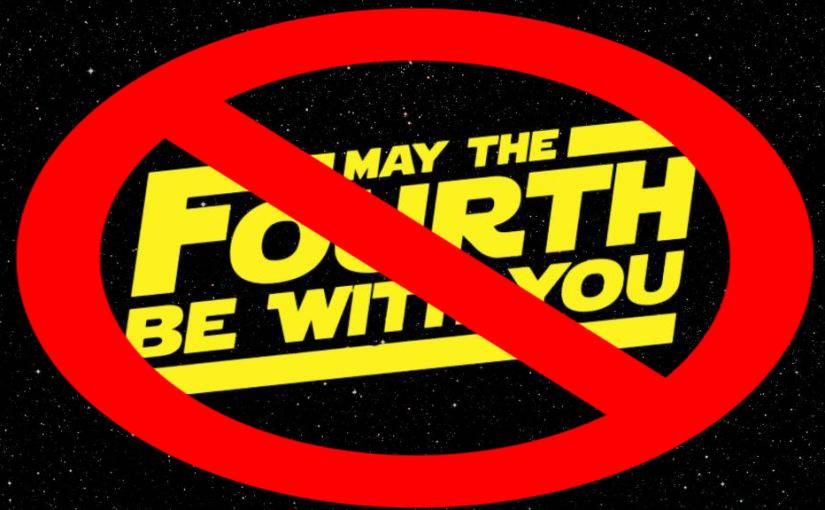 Star Wars Day Attack Ad: Say No to May the 4th on Disney Video

Up first, the news that Alden Ehrenreich looks to be around for a while after this month’s Solo: A Star Wars Story. The actor stated in a recent interview with Esquire that he has signed for three films.

“Three,” he says, then flinches, understanding he may have just created a disturbance in the Force. “I don’t know if that’s officially, uh, public. But—yeah.”

So this would stand to reason that there will be two additional movies with a young Han Solo. Could these be more standalone movies? Or could Han play a role in the upcoming Boba Fett movie? Could we see additional recasting of classic characters?

In other Solo news, director Ron Howard stopped by The Star Wars Show and talked about the movie. There will be elements of Westers, Buddy Cop, and Car Chase movies rolled in. He also supplied his trademark voiceover for an Arrested Development take on Star Wars

In animated news, LucasFilm announced last week that there will be a new Star Wars animated series titled Resistance, which will premiere this fall on DisneyXD. The main character will be a pilot named Kazuda Xiono, “a young pilot recruited by The Resistance and tasked with a top-secret mission to spy on the growing threat of The First Order”. Oscar Isacc and Gwendoline Christie have already been announced as reprising the roles of Poe Dameron and Captain Phasma respectively.

Do you have any memories or stories about May The 4th? How will YOU be celebrating Star Wars Day?