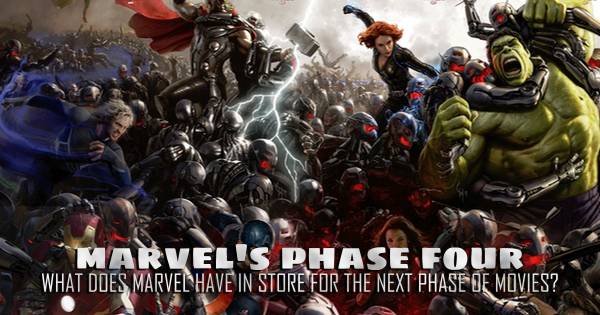 Every so often, characters get recast or revamped with different features. Most of the time, the changes are irrelevant. other times, they can be essential. This is a subject that has been discussed in past episodes of Radio.

The latest case is the rumored recasting of Ian Fleming’s Agent 007. James Bond has been a fixture in pop culture for over 50 years. Now, James Bond is allegedly being replaced with a new character to be played by Lashana Lynch. We look at this news and compare it to other times perennial favorites have been revamped.

Contrary to the fan theory, James Bond was not an alias. It was always the same man in all of the classic Fleming novels. What is allegedly happening is similar to what Marvel Comics does when they revamp a character (James Rhodes becoming Iron Man is an example). It is not the same character reimagined, but a new character taking Bond’s place as Agent 007.

Marvel’s Phase Three for its Cinematic Universe (MCU) wrapped this year with Captain Marvel, Avengers: Endgame, and Spider-Man: Far From Home. All three films wrapped up the last ten years of stories, while still bringing new characters into the fold.

Still, much of the highly anticipated Phase Four is left in mystery. Disney and Marvel are staying tight-lipped about what major threats could be in store for the heroes come 2020. So we’ll do whatever any sensible fan would do when faced with this dilemma: Make our own conclusions, and yell and scream when they aren’t met to the letter.

Let’s take a look at each of the characters and where they currently stand as of Spider-Man: Far From Home. Then we can see where they may fit in future films.

Iron Man/Tony Stark – In the climactic finale to Avengers: Endgame, Tony sacrificed himself to save the universe. As anybody who reads comics can tell you, nobody stays dead in comics (well, except for Thunderbird, he’s still dead). It wouldn’t be terribly surprising to see Tony back in some capacity, even if it’s in a flashback or cameo from another universe. That said, the chances of him back full time are pretty slim at best though.

Captain America/Steve Rogers – The last scene in Avengers: Endgame was Steve returning back to a post World War II America to reunite with Peggy Carter. Some fans objected, saying that Cap would never do this in the comics. While that is technically true, the unfortunate truth is actors age in the real world, whereas superheroes never need to.

Could we see a cameo in a period piece or a time travel story? Or even once more as a 100-year-old mentor? Chances are fans wouldn’t complain.

Thor – The final scene of Endgame saw Thor joining Guardians Of The Galaxy, even making an Asgardians Of The Galaxy joke. Since Thor doesn’t have to worry about leading his people for a while, it seems likely he will continue his big-screen adventures, whether in a solo film or in Guardians 3.

Hulk/Bruce Banner – Bruce has learned to control himself to the point where he has the best of both worlds. The Hulk’s strength and endurance paired with Banner’s intelligence. Allegedly, only Universal can make a Hulk standalone movie, which is why he is always second fiddle to other heroes in their movies. Still, with Hulk likely staying Hulk full-time, the character can continue to have onscreen adventures even if Mark Ruffalo should bow out.

Plus there’s always the possibility of introducing Amadeus Cho as The Totally Awesome Hulk. And it’s probably only a matter of time before we get She-Hulk.

Black Widow/Natasha Romanoff – She’s dead. Yet she’s getting a movie. More on that later.

Hawkeye/Clint Barton – All Clint wanted was his family back. He got that, so presumably, he’ll be suiting up again as an Avenger sooner rather than later. Could we be getting Kate Bishop?

Ant-Man/Scott Lang – Reunited with his daughter after five years, Scott looks to be good to go for another round of adventuring. He and Hope Van Dyne are probably a duo from here on out.

Dr. Stephen Strange – Strange was pivotal in helping the heroes turn the tide and defeat Thanos. There is plenty more mysticism and magic in store for The Sorcerer Supreme.

Black Panther/T’Challa – Another breakout hero for Phase Three who scored a billion-dollar jackpot with his own movie. Panther will be around for the long haul.

Captain Marvel/Carol Danvers – The chances are high that Carol will take flight again in her own film, as well as back up the other heroes if needed.

Loki – Seemingly killed off in Avengers: Infinity War, but escaped from captivity during Endgame. What effect did his escape during the past have future films?

It’s no secret that Disney and Marvel have several years of MCU films on the docket. Some, such as Black Widow and Guardians Of The Galaxy Vol. 3, fans have been clamoring for years to get. While others, The Eternals and Shang-Chi, seem more experimental.

Seven films are confirmed for Marvel’s Phase Four at the time of recording, thought there could be more in the works. There are also mini-series spotlighting MCU characters set to air on Disney’s streaming service Disney+. However, many of those appear to be standalone stories and not related to the immediate future of the MCU.

We will likely hear a lot about what is in store for Phase Four in the coming weeks with San Diego Comic-Con and D23 around the corner.

These are the current release dates given by Disney/Marvel, but are not officially connected to any titles at the moment.

So without further ado, let’s take a look at what Marvel has in store for MCU in Phase Four

Black Widow – At long last, Scarlett Johansson is starring in her own Black Widow movie. Fans have been asking for this since her debut in Iron Man 2. The problem is her clear self-sacrifice during Endgame.

Images from the filming set show a 2017 model BMW SUV which would imply at least some of the story taking place between Captain America: Civil War and Avengers: Infinity War. Other on-set photos point to Taskmaster as the villain.

The supporting cast is made up of David Harbour, Rachel Weisz, and Florence Pugh. Rumors point to Harbour as Taskmaster, and Pugh as Yelena Belova, aka Crimson Widow.

As for how this could fit into Phase Four, the current Black Widow in the comics is a clone of Natasha. That could be an inspiration for a big-screen return. Which, depending on when the clone was created, could pose an interesting question: Which one died, the real Natasha or the clone?

Doctor Strange 2 – Benedict Cumberbatch will be returning for his second solo outing as The Sorcerer Supreme. Chiwetel Ejiofor will return as Baron Mordo, with a yet to be cast actor as Nightmare. Just give us more Wong!

Black Panther 2 – It’s no surprise that T’Challa will be returning to the big screen after such a runaway hit in 2018. Ryan Coogler will also return to write and direct. There is a rumor that Michael B Jordan will appear in some capacity. Of course, that doesn’t mean Killmongor is alive. It could be a flashback or fantasy segment.

Marvel in recent years has really expanded Panther’s background, including his rogue’s gallery. A recent unconfirmed rumor has risen that Kraven The Hunter may be from Wakanda, which would differ from the comics. But it would add to the lineup of the alleged Sinister Six for future Spider-Man films.

Guardians Of The Galaxy Vol. 3 – After much controversy, James Gunn is returning to write and direct the third installment in the space comedy franchise. Most of the cast will be returning, but no confirmation whether Thor will be involved.

Joining the cast in an alleged voice role is Mark Hamill, who has been rumored to be anything from Rocket’s creator to The High Evolutionary..

Thor 4 – Marvel officially confirmed another Thor solo film this week, as of recording time. Taika Waititi is returning to write and direct.

The Eternals – Angelina Jolie headlines the cast, and Millie Bobby Brown of Stranger Things fame is also allegedly in negotiations to star in what will be a cosmic level story. Eternals, Celestials, Inhumans, Titans, and Deviants are all characters who fit in these classifications. But they may be simplified for a big-screen take. In the comics, Thanos and Adam Warlock have links to them. So it is possible we may get a Thanos origin story.

Shang-Chi – Another experiment with a new character for the big screen. Shang-Chi, Master Of Kung-Fu, will focus on Martial Arts.

Captain Marvel 2 – Given Carol’s big screen debut topped the billion dollar mark, it’s a safe bet she will grace the screen in her own sequel.

Avengers 5 – While not officially announced, another movie with the Avengers name is almost certain. As with previous films, it will probably wrap up Phase Four and set the stage for Phase Five. There are a ton of suitable stories from the comics that could be adapted to the big screen.

Up In The Air

Thunderbolts – A Thunderbolts film has been rumored for some time. They are an undercover villain from the 1990s that turned into a team of anti-heroes. Sometimes called Marvel’s Suicide Squad.

Nova – A space-faring hero who is part of a galactic corp. Nathan Fillion s been rumored for some time to be connected.