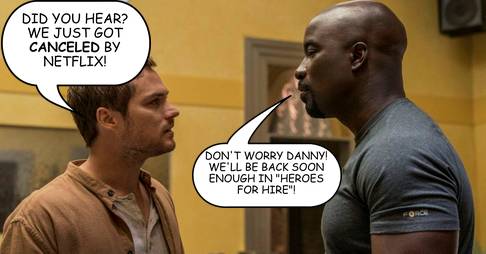 This episode of Geekville Radio is dedicated to the memory of Gary Kurtz. Who, with the exception of George Lucas himself, may be the man most responsible for Star Wars getting made.

He will obviously best known for Star Wars and Empire Strikes Back, but he did have other titles to his credit. He also produced George’s first big hit, 1973’s American Graffiti, along with 1989’s Slipstream starring Mark Hamill and the late great Bill Paxton.

Scott Wilson is probably best known to the current generation as Hershel in The Walking Dead. He was a regular series cast member in the first couple seasons. He also voiced Hershel for video game releases, and Robot Chicken. Hs career dates back to the mid 1960’s, and his first credited role according to IMDB is the original In The Heat Of The Night

Both Iron Fist and Luke Cage have been canceled by Netlfix

While it may not be surprising just for Iron Fist, fans were a little shocked at the cancellation of both Iron Fist and Luke Cage by Netflix. Both shows were well received, with Iron Fist almost universally praised as being a huge improvement over the first season. Especially when it comes to Finn Jones and fight choreography.

The big question is “Why both shows?”. Seth and Train can really only speculate, but there are a few possible reasons. Could this mean a Heroes For Hire show? Or even a Daughters Of The Dragon? And if so would it be for Netflix or Disney? Is it in either Netflix’s or Disney’s best interests to keep shows on Netflix, and not move them to Disney’s streaming service? And if they are Disney bound, than theoretically they could cross over with Agents Of SHIELD, another show that is rumored to move to Disney either next year or the year after.

On a side note, Seth and Train point out how Luke Cage can be considered the ‘White Meat Babyface” of the Netflix Marvel programming.

Kathleen Kennedy’s contract with LucasFilm has been renewed

Hollywood Reporter broke the news that Kathleen Kennedy will remain the president of Lucasfilm for at least three more years. There were rumors on other podcasts that she was on the chopping block and Disney was scrambling to find a replacement. That looks to not have been the case.

The only Star Wars movie currently in production is Episode IX. It will be the final “Episode”, and it will be marketed as such. There will be the aforementioned films by Game Of Thrones creators. Plus the Rian Johnson trilogy is still in development. So there will be no shortage of Star Wars on the big screen, despite the reported dialing back on films

One title that is absent from this list is the rumored Obi-Wan Kenobi film. We had reported a few months back that the film was set to begin filming in Ireland after Episode IX had wrapped. Just because that movie wasn’t mentioned, doesn’t necessarily mean that it is dead in the water.

When you look at the past films under her watch, several films did have some bumps along the way.

It seems the only movies that DIDN’T have troubles were with Abrams and Johnson.

In other Star Wars news, Jon Favreau’s series The Mandalorian has begun filming. It of course will be one of the flagship shows on Disney’s upcoming streaming service, now called Disney Play.

While no cast or characters have been announced, the premise will be a few years after Return of The Jedi, but well before The Force Awakens. There will be no First Order as of yet.

Budget for the first season is rumored to be at $100 million dollars. However, no specific number of episodes have been confirmed. But for what it’s worth there is a picture confirming George Lucas himself visiting the set.

On the subject of Disney, Hollywood Reporter has also stated Kevin Feige will be overseeing future X-Men movies with the Disney purchase of Fox. Disney’s Bob Iger gave some key answers to questions about Fox-owned properties in the MCU

I think it only makes sense,” Iger said. “I want to be careful here because of what’s been communicated to the Fox folks, but I think they know. It only makes sense for Marvel to be supervised by one entity. There shouldn’t be two Marvels.

When asked about talent

Very good question. We’re going to take the best people from both companies and that’s who’s gonna basically be on the playing field for us. Meaning, talent will prevail. Fox Searchlight is a great example. You look at FX, NatGeo. Yeah, you’re buying libraries and brands, but you’re also buying the people. I’m not gonna talk about specific people right now except to say that I’ve met with virtually the entire senior management team at Fox and I’m not only fully engaged with them on what the possibilities for them might be but I’m excited about the prospects.

It would stand to reason that many of the characters may get re-cast. As much as fans may want it, they probably shouldn’t hold their breath for an onscreen meeting between Hugh Jackman’s Wolverine and Ryan Reynolds’s Deadpool.

The Next Spider-Man villain will be Mysterio

Jake Gyllenhaall was officially announced in the cast for Spider-Man Far From Home. He will be portraying Quentin Black, aka Mysterio. This will be the live-action film debut for the longtime Spider-Man villain. It’s also confirmed that Michael Keaton will be reprising the role of Adrian Toombs/Vulture. A leaked set photo shows Gyllenhaal in costume. Sadly, no “Fish Bowl Look”. At least not yet.

WB Crossover will be Elseworlds.

The annual CW “Flarrowverse” crossover will be titled Elseworlds. Entertainment Weekly reports that it will be a three part crossover, not the previous four part.

The Flash will kick it off on Sunday, which will be followed up by Arrow on Monday, and wrapped up with Supergirl  on Tuesday. This breaks the previous pattern of Supergirl having the first part in the last two years.

It's OFFICIAL! This year's #DCTV crossover event will be titled "Elseworlds," coming to @CW_TheFlash, @CW_Arrow and @TheCWSupergirl this December! #Elseworlds pic.twitter.com/t31wimGska

While there will be no regular involvement with the Legends Of Tomorrow cast, it has been revealed that Superman will join in, and Lois Lane will make her debut.

In an unexpected turn, an official internet poster showed Stephen Amell in the Flash costume, and Grant Gustin in the Green Arrow threads.

Also notable is the name Nora Fries in the cast of characters. Nora is of course the ill-fated wife of Victor Fries, aka Mr. Freeze. When you factor that this will also serve as the introduction to Batwoman, it may be an indicator to the premise of the Batwoman series.

Supergirl made a regular habit of taking lesser known villains from Superman lore, and adapting classic Superman stories to fit The Girl Of Steel. Could this mean we’ll see some Batman villains on the small screen for Batwoman? Time will tell.

Finally, Train talks the major news surrounding the release of the long anticipated Read Dead Redemption 2. IGN gave the game a perfect 10 score. An act that is incredibly rare.

Are you in the Halloween spirit yet? If you need anything to scratch your Halloween itch, check out the latest episode of Examining The Dead. Train reviews the movie Train To Busan, and talk the outcome of the Friday The 13th lawsuit. And of course, Dan Wilson talks his new horror themed production company One Good  Scare.

Have any thoughts on these subjects? sound off below! 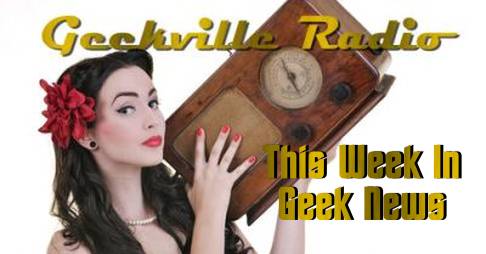 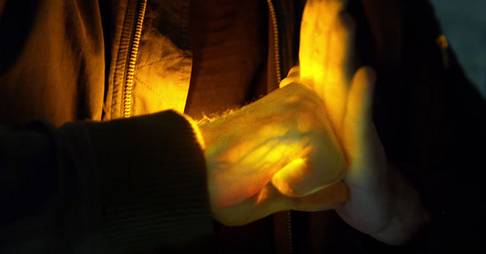 Here are the show notes for this week’s show, the first for Spring 2017!

Batman filming delayed until next year. DC may fill the slot with another movie.

Sony has announced plans for a Venom movie. But will it be tied to The MCU?

Deborah Ann Woll confirms she will appear in The Punisher

The middle of the show is a review of Kong: Skull Island. While the review is lengthy, it is very light on spoilers. So if you’re still on the fence about seeing the movie, you can listen without too much getting revealed.

Next up is a very thorough and spoiler-filled review of Iron Fist. Does it hold up to the rest of the Marvel Netflix series? And what’s all the hubbub about anyway? The critically panned show still scored well with viewers.

The final segment of the show is dedicated to remembering the late great Chuck Berry, who passed away this week at the age of 90. 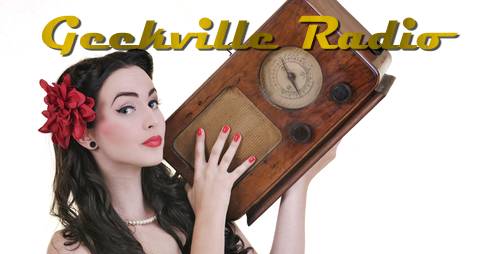 Marvel dropped a surprise final trailer for the upcoming Netflix Iron Fist series. We finally get to see Danny Rand’s live action look. Seth and Crazy Train are back to dissect the trailer, and give thoughts on what we can expect for the first season.

In case you weren’t one of the four million (and counting) views, check the trailer out for yourself below

In other Marvel news, we got a behind the scenes look at the now filming Avengers: Infinity War. Not only do we get glimpses of concept art and words from Kevin Feige, we get Robert Downey Jr., Tom Holland, and Chris Pratt side by side in the same room. Plus, we got official confirmation that Rocket Raccoon will be in the movie as well.

In the latter half of the show, Seth and Train talk the departure of Peter Capaldi from Doctor Who using a list of potential successors published by Digital Spy. Who does an admitted non-Whovian think would be a good Thirteenth Doctor? Some of Train’s selections might surprise you. This is a discussion far more suited for the casual Doctor Who fans than the discussion Seth and Mark had over at Examining The Doctor.

In the final segment of the show, Seth flies solo to give a quick review of The Lego Batman. Does it live up to the expectations set by the original Lego Movie?

What are your thoughts on these subjects? We’d like to hear from you below.