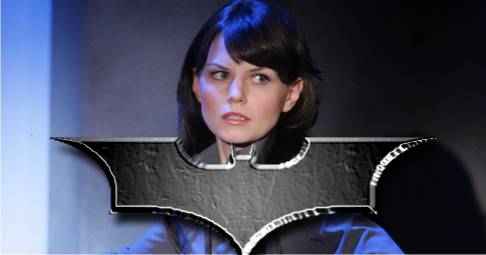 She first gained national prominence in the FOX drama House as Dr. Cameron. She played The Chosen One, and The Dark One, Emma Swan in ABC’s Once Upon A Time. She’s even been Captain Kirk’s mother in 2009’s Star Trek reboot.

This summer, Jennifer Morrison will add another geek-cred role to her resume. She will provide the voice of Selina Kyle, aka Catwoman, in the upcoming animated adaption of the famous Batman story Hush.

Based on the year-long comic story of the same name, Hush will also feature Jason O’Mara (Agents Of SHIELD) as Batman, Rainn Wilson (The Office) as Lex Luthor, and real life husband and wife Jerry O’Connell and Rebecca Romijn as Superman and Lois Lane respectively.

Hush was notable for being a fan favorite story written by Smallville co-creator Jeph Loeb, and drawn by comics legend Jim Lee. In it, the mysterious villain Hush sets into motion several actions to sabotage and destroy Batman from afar. It also featured the first “In Continuity” fight between Batman and Superman.

No exact date has been officially released, but previews have been leaked to the internet. Check one out below.

Batman: Hush will be produced by Warner Bros. animation, and will have a PG-13 rating.