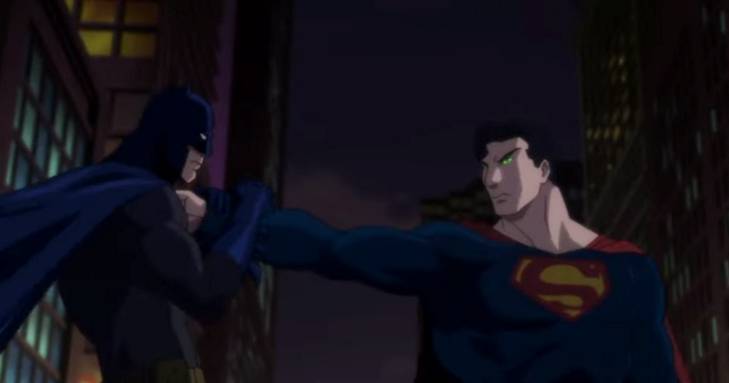 Batman: Hush is the latest story to be adapted into the DC Animated Movie Universe. You can check out a clip below that shows Batman rumbling with a possessed Superman.

Hush was a story by Jeph Loeb and Jim Lee that originally appeared in Batman #608-619. It brought a classic Batman villain to the limelight and featured one of the few in-continuity confrontations between Batman and Superman.

Like most movies in the DCAMU, it features Jason O’Mara as Batman/Bruce Wayne, Jerry O’Connell as Superman/Clarke Kent, and Rebecca Romijn as Lois Lane. Jennifer Morrison of Once Upon A Time and House joins the cast as Catwoman/Selina Kyle. It is available in stores, and on the DC Universe streaming service.