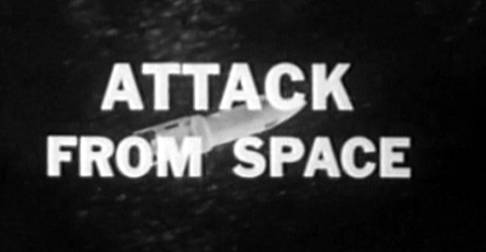 The mid Sixties had a plethora of independent and international sci-fi films. Just watch your typical episode of Mystery Science Theater 3000 for evidence. One such cheesefest was 1964’s Attack From Space. Ardent Japanese sci-fi fans know that the film is actually a re-editing of two episodes of a sci-fi TV series called Super Giant, but here it is presented in how Americans saw it in B-Movie drive-ins.