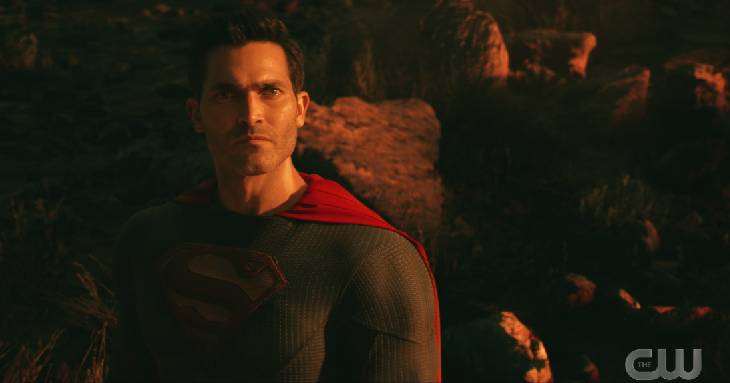 Now that everyone is on to Morgan Edge’s plan, Clark, Lois, and friends start finding a way to stop him.

SPOILER WARNING: Do not proceed unless you want to know what happens in the episode.

Morgan Edge secretly enhances Emily with Kryptonian powers. Supes thwarts a robbery attempt in Mexico but suffers from shortness of breath. He also finds himself stunned by gunfire. Fortunately, he gets into some direct sunlight and his strength returns.

Lois interrupts a pitch by Morgan to new Young Executive recruits. She tells him in private that she knows his plans of using humans as hosts to Kryptonians. Edge acknowledges this but warns her that nobody will believe her. Plus, Superman may even be sympathetic to people from his planet.

Jordan starts sneezing blocks of ice at school. This worries him because with his powers he shouldn’t be getting sick. Supes theorizes that the kryptonite gas used in the last episode may be to blame. He takes Jordan to the Fortress Of Solitude where he burns the kryptonite out of him.

While Supes is away, Emily and another enhanced “subjekt” attack Lois and Jonathan at their home. General Lane barges in and uses the kryptonite gas for cover. Lois and Jonathan retreat to the barn. Jonathan uses one of Irons’s guns on the subjekts and blasts them through a wall. Kyle then appears and reveals he is also a subjekt. Just before he uses his laser vision, Kyle is stopped by a returning Superman.

Back at the Cushing house, Lana confronts Kyle about what happened to him. Kyle admits that he accepted Morgan’s program without telling her. He can’t remember what happened, or that he attacked The Kents.

Chrissy alerts Lois that Morgan’s assistant Leslie Larr is actually a woman named Irma from Smallville. Lois and Clark theorize that Leslie was able to survive the enhancements because she is from Smallville and had a tolerance to its effects. This is why Edge is targeting Smallville residents for the x-kryptonite procedure.

Supes flies off and meets Edge in a desert. There Edge reveals not only does he have Kryptonian powers, but he is actually from Krypton. His suit has another Kryptonian symbol on it. The episode ends with them staring each other down.

Another strong episode. Once again this show proves it’s the best of all the Arrowverse shows this year. There is more than enough to munch on every week, and the plot still is as Superman as you can get. It will be interesting to see what Morgan’s Kryptonian history is. The most obvious idea would be that he is Zod. This would also be another throwback to Superman II with Zod having a female and big man for sidekicks.