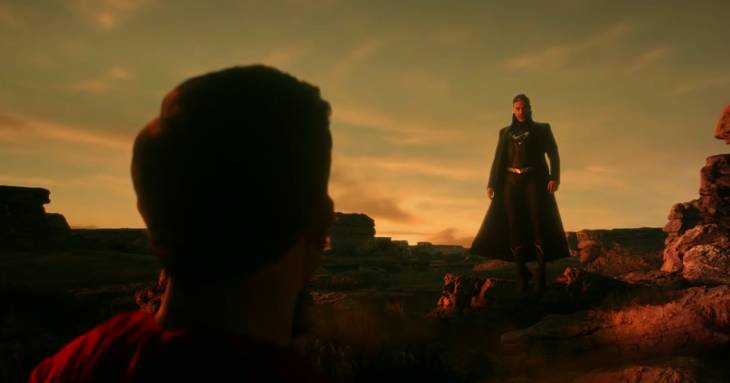 Will we learn the truth about how Morgan Edge is a Kryptonian?

SPOILER WARNING! Do not proceed unless you really want to know what happens in this episode!

Edge states that his real name is Tal-Ro, son of Zeta-Rho and Lara-Lor-van, Kal-El’s mother. He arrived on Earth before Clark did in order to further the Kryptonian heritage. He reveals that he can recreate Krypton and bring Lara’s consciousness back.

Back in Smallville, Clark tells his family about Edge’s plan. Lois goes to Lana’s house and finds her and Kyle. Kyle attacks both women but is quickly subdued by Lois’s Kryptonite. Edge has been using “The Eradicator” to inject X-Kryptonite into humans.

Clark confirms the truth at the Fortress Of Solitude, except it was Zeta-Rho’s plan to colonize Earth, not Lara’s. Clark vows to stop Edge, but Jor-El states that he cannot help because “The Eradicator is beyond my understanding”.

Supes helps General Lang apprehend the man using The Eradicator. He states that he cannot reverse-engineer the machine, only its creator can, which is Lara-El. Lana volunteers to be Lana’s human host. Once transferred into Lana, Lara explains that the brain is like a computer. A new transfer can be done that will allow only the original mind to remain.

All the Smallville residents take off and fly in to stop Supes. He uses the Eradicator to act as a conductor and remove the Kryptonian minds from their human hosts. This somehow also works on Kyle, who wakes up as his normal self. Superman, having expelled all his energy to power The Eradicator, collapses at the Fortress Of Solitude.

In the epilogue, Edge and Leslie regroup in the desert, with Edge saying “all is not lost”.

Major props for bringing The Eradicator into the fold, but the ending seemed a little rushed with Supes using his energy in the final minutes of the episode to power it. We can assume that all those Kryptonian minds are still stored in some capacity, so it’s very possible we haven’t seen the last of Lara.

Here’s to hoping we get the humanoid version of Eradicator in live-action.