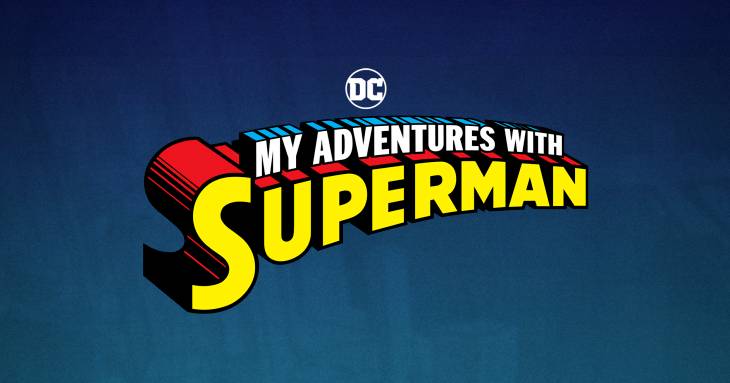 Why should Batman have all the fun? Warner Bros. have announced an all-new Superman animated series headed to HBO Max. The series has already been greenlit for two seasons and presumably will air sometime in 2022.

In this serialized coming-of-age story, we follow Clark as he builds his secret Superman identity and embraces his role as the hero of Metropolis – and perhaps the world. Lois, now growing into a star investigative journalist, takes aspiring photographer Jimmy Olsen under her wing. All the while, Clark and Lois are falling in love, sharing adventures, taking down bad guys, stumbling over secrets, and discovering what it means to be Superman and Lois Lane. Jack Quaid (The Boys) and Alice Lee (Zoey’s Extraordinary Playlist) lead the voice cast as Clark Kent and Lois Lane, respectively.

Like Batman: Caped Crusader, My Adventures with Superman looks to air on both HBO Max and Cartoon Network. However, the shows are being run by different creative teams. Sam Register (Teen Titans Go!), Jake Wyatt (Invader Zim: Enter the Florpus), and Brendan Clogher (Voltron: Legendary Defender) serve as Executive Producers for the Superman series.

The 1990s Superman: The Animated Series is currently streaming on HBO Max, as are many DC-based animated movies.

One thought on “Superman Animated Series Headed to HBO Max”