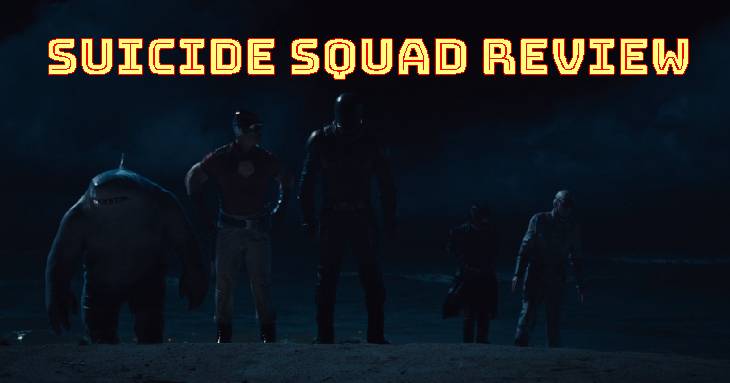 The wait is over. James Gunn’s The Suicide Squad is in theaters and on HBOMax. As we discussed on our last podcast, the film is the highest-rated DC Comics Extended Universe movie to date.

SPOILER ALERT! This page contains spoilers for The Suicide Squad! Do not proceed if you do not want to know what happens!

If you have seen Marvel’s Guardians of the Galaxy movies, or just about any other movie by James Gunn, you might be expecting an eclectic soundtrack with very diverse songs. Well, this movie starts out with “Folsom Prison Blues” so that has me at hello, or should I say “Hello I’m Johnny Cash…”

Other tracks played throughout the course of the film include the original Louis Prima version of “Just A Gigolo/I Ain’t Got Nobody”, “People Who Died” by The Jim Carroll Band, and “Whistle For The Choir” by The Fratellis.

The rest of the movie is covered by the “real” Task Force X: Bloodsport (Idris Elba), Peacemaker (John Cena), Ratcatcher 2 (Daniela Melchoir), and King Shark (Sylvester Stallone). So if you are hoping for interaction between Cena and Fillion, you’re out of luck.

There are two main villains in the film: The Thinker (Peter Capaldi) and an anti-American regime that has taken over the South American country of Corto Maltese. For those who may have seen The Flash on CW, this Thinker is a completely different character than that TV show’s version.

The mission seems simple. Infiltrate the facility known as Jotunheim (yes, named after Norse mythology) and destroy it. No other details are given to the team other than the term “Project Starfish”. This, of course, means there are a lot of details left out in their briefings. Once the team realizes the real details of the mission, they have a decision to make. If you know your history of oddball DC monster creatures, you can probably figure out why the project was called “Starfish”.

In case you couldn’t tell from the trailers, this is definitely a “Hard R” film. There is a lot of over-the-top violence and enough F-bombs to fill an entire season of The Sopranos. If you can handle all that, then you will probably like the film. To give you an idea, Bloodsport and Peacemaker have an ongoing contest for kills, similar to Legolas and Gimli in Lord Of The Rings, except for gore and brutality, not body count.

Anybody that knows me knows I am a “PG-13 guy”. I guess I’m just wired that way. The Suicide Squad is graphically violent and is chocked full of bad language and shady characters. That said, it is also chocked full of entertaining performances, creative action sequences, and a great soundtrack. This film delivers on every single thing promised in the hype. Even with all the ridiculous blood and gore, it is still more entertaining than most of the DCEU entries. For the record, I would rank Wonder Woman, Man of Steel, and Justice League: The Snyder Cut higher on my list.

One thought on “Suicide Squad Review”