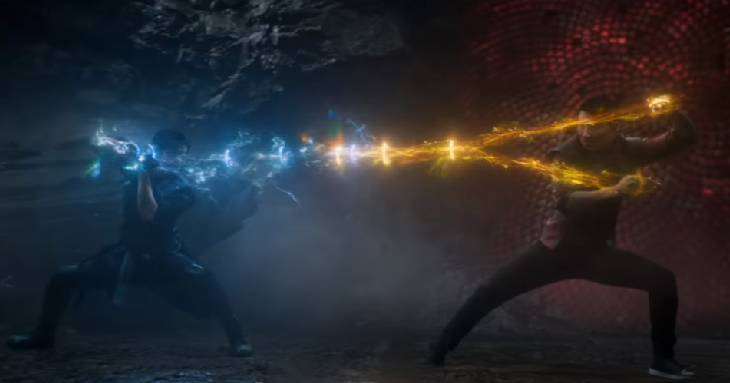 Marvel has released their second trailer for Shang-Chi and the Legend of the Ten Rings. It gives a few more peeks at the film’s plot as well as a couple of cameos from other Marvel monsters.

The trailer has the obligatory action teases with voiceovers by the characters.

Wenwu: “Throughout my life, the Ten Rings gave our family power. If you want them to be yours one day, you have to show me you’re strong enough to carry them”

Jiang Nan: “You are a product of all who came before you. The legacy of your family. You are your mother. And whether you like it or not you are also your father.”

Wenwu: “I told my men they wouldn’t be able to kill you if they tried. Glad I was right”

Wenwu: “Be careful how you speak to me, boy.”

Shang-Chi: “I thought I could change my name, start a new life. But I could never escape his shadow.”

We see several quick action shots, including A FREAKING LION at 1:26, an underwater dragon (Fin Fang Foom?) at 1:36, and Abomination tossing around what looks like Wong at 1:50.

The trailer then ends with Shang-Chi exclaiming “Isn’t this what you wanted?” as he and Wenwu get locked into battle.

As expected, Wenwu is the name given in the film for the villain known as The Mandarin in the comics. His presence was teased all the way back to the first MCU movie, 2008’s Iron Man. We also catch a glimpse of Abomination, who coincidentally was also last seen in 2008 in The Incredible Hulk.