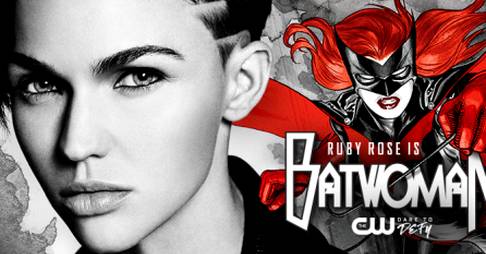 In a casting coup that will likely please the geek community, Ruby Rose has been revealed as the new Batwoman. The character was announced several months back as a focal part of this year’s Arrowverse crossover, which has become an annual event for the CW superhero shows.

Ruby Rose is Batwoman, coming to The CW’s crossover event this December! pic.twitter.com/ibZS15Cq7X

Rose is of course best known for the smash hit series Orange Is The New Black, currently in its sixth season on Netflix.

Batwoman, not to be confused with Batgirl, was introduced in the 1950s. The character was revamped in 2006, and given her own series in 2011.

The multi-part crossover special will air in December on CW. If all goes well, Batwoman will be given her own TV series. Though no indication yet which of the existing 53 Earths she’ll hail from.