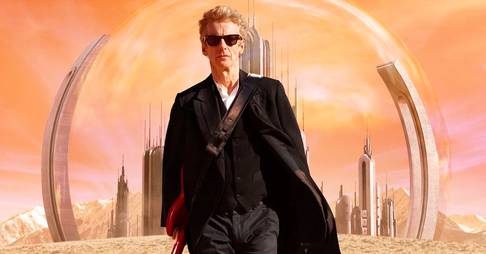 The hopes and/or fears of Doctor Who fans worldwide have now been realized. Peter Capaldi is stepping out of The TARDIS for the final time at the end of 2017.

Capaldi himself confirmed his decision to leave on an episode of Jo Whiley’s BBC 2 Radio Show.

“I feel sad. I love Doctor Who. It’s a fantastic program to work on, and it’s been a huge pleasure to work with a family. I can’t praise the people I’ve worked with more highly.”

Peter Capaldi was first announced as The Twelfth Doctor at a live BBC television announcement in August of 2013. He made a very brief cameo in the 50th Anniversary special “Day Of The Doctor” before taking over The TARDIS from Matt Smith in the 2013 Christmas Special “Time Of The Doctor”.

Series 10 of Doctor Who premieres April 15th. Pearl Mackie will join the cast as Bill, while Matt Lucas will return as Nardole. The season will also be the last for showrunner Stephen Moffat, who will step down and hand the show over to incoming producer Chris Chibnall