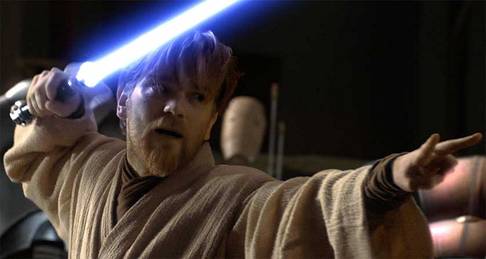 There has been a ton of news about programming for Disney’s highly anticipated streaming service. Everything from Marvel MCU series to multiple Star Wars titles are rumored to be debuting within the next year.

Perhaps the biggest rumor to date has none other than Ewan McGregor himself attached to an Obi-Wan Kenobi series.

Rumors of an Obi-Wan Kenobi project have circulated ever since the announcement of standalone Star Wars films was made in 2012. The actor had gone on record saying he’d be willing to reprise the role. There was even a report that George Lucas himself was in Ireland scoping out potential filming locations.

Ever since Solo underperformed at the box office last year, future Star Wars spin-off films looked to be in doubt. However, with the reception Marvel MCU series have gotten, along with Jon Favreau’s The Mandalorian, and the revived Clone Wars, the plan may be to adjust these plans from the big screen to the small screen.

What do you think, fellow geeks and geekettes? Would you want Ewan McGregor’s Obi-Wan on film or at home?