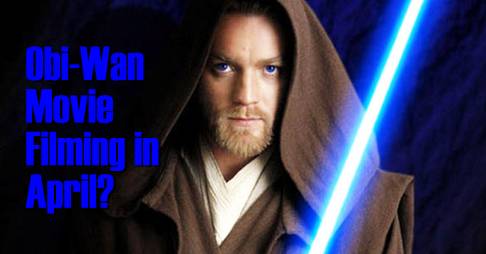 With the news coming out a few weeks ago that Disney may be putting the standalone Star Wars films on hold, one question seemed to be asked a lot throughout the community. Will we still get the rumored Obi-Wan Kenobi movie?

An Irish publication called The Belfast Telegraph has reported that the spin-off movie is set to film in April 2019, with Ewan McGregor reprising the role.

The movie will centre on the life of Jedi master Obi-Wan Kenobi, with Ewan McGregor reprising the role he first played in 1999’s Star Wars prequel The Phantom Menace.

This does raise a couple questions about the production, should this information be accurate.

What do you think? Should an Obi-Wan Kenobi movie focus on Tatooine? Or should it showcase other times in the Jedi Master’s life? Sound off below and let us know!