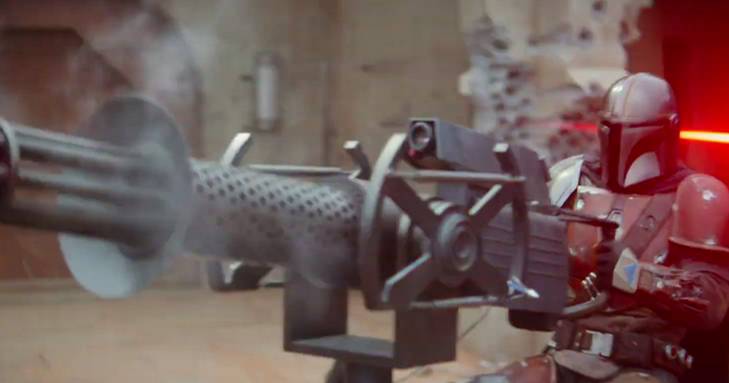 The first day of Disney’s D23 Expo has come to an end. A lot of programming for Disney+ was revealed. While many were expected, there were a few surprises.

Disney did reveal the first official trailer for the highly anticipated series The Mandalorian, which will depict a bounty hunter guild shortly after Return Of The Jedi.

Untitled Obi-Wan Kenobi series – As we talked about before, an Obi-Wan Kenobi spin-off has been rumored for quite some time. Disney finally made their first official public reveal of the show on Friday. As expected, Ewan McGregor will reprise the role. Lucasfilm president Kathleen Kennedy and Ewan himself were present at the reveal.

The premise has generally been expected to be about Obi-Wan’s time on Tatooine guarding Luke. While that was not specifically confirmed, the show will take place a few years before A New Hope, which means it will be in approximately the same time frame as Rebels.

Ms. Marvel – Another rumored series to be confirmed was that of Ms. Marvel. Specifically, this will involve the current incarnation, Kamala Khan. No casting was announced, nor was there a release date given. With several Marvel series on tap for 2020, it’s unlikely that we will see this before 2021.

Moon Knight – One of the surprise announcements is Moon Knight. He has been one of the characters rumored going back to the Netflix days to get a series. Moon Knight may not be one of the first Marvel characters fans might think of, but that’s what makes a streaming service a perfect platform.

She-Hulk – Perhaps the biggest surprise announcement is She-Hulk. Again, no casting or premiere date announced. It will be interesting to see how Jennifer Walters will be handled in live-action form. Could we see a Rbuce Banner cameo?

It’s a pretty safe bet that more content will be announced over the next two days. Even if there isn’t, that still leaves at least 30-40 episodes worth of material to come in 2021.