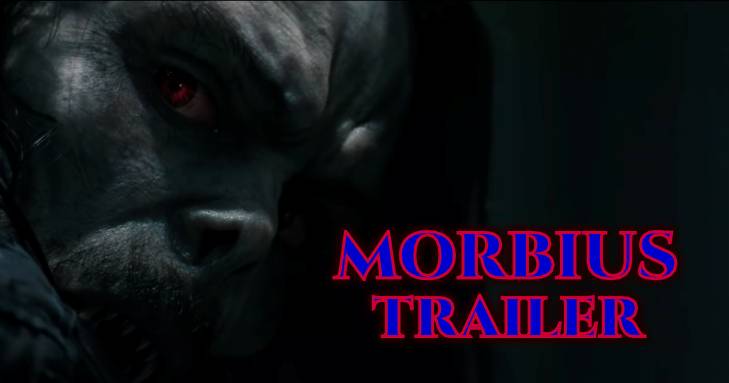 Sony released the first trailer for Morbius, the latest addition to their own little corner of Marvel properties. It gives the gist of the title character’s background. Renowned scientist Michael Morbius accidentally turns himself into a vampire by seeking a cure for his own blood disease.

As expected with any comic book film these days, there are some nuggets dropped that link to other characters in the same universe. Strangely enough, one of those nuggets happens at about 2:10 in the trailer, where Morbius (Jared Leto) walks past a wall graffitied with “MURDERER” over a picture of Spider-Man. But this Spider-Man is clearly from the Sam Raimi/Tobey McGuire films. It is likely just a throwaway Easter egg, but it is funny that they chose to use an image of Spidey from a previous series.

Matt Smith is also briefly shown in the trailer. While not specified by name during the trailer, he is reportedly playing Loxias Crown, a relatively modern addition to Spider-Man’s rogue’s gallery.

Perhaps the biggest reveal is the presence of Michael Keaton’s character Adrian Toomes, aka The Vulture. The last time we saw Toomes, he was in prison at the end of Spider-Man: Homecoming. However, no time frame is given during the trailer, so it’s possible this film will take place during or before the events of Homecoming.

What did you think of the trailer? Sound off below!