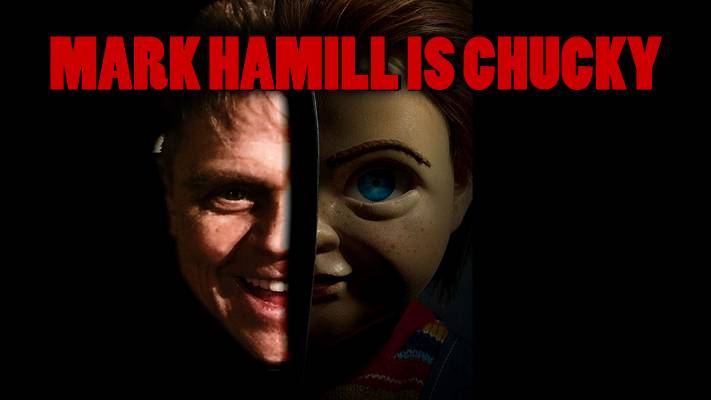 Star Wars icon Mark Hamill has added another high profile voice role to his resume. The actor made the announcement via a prerecorded appearance for WonderCon that he will be voicing Chucky in the theatrical Child’s Play reboot.

It is important to note that this theatrical reboot is not to be confused with the Syfy TV show Chucky. That series is run by the franchise’s original creator Don Mancini, and will remain in the continuity of the previous films. Veteran Chucky voice Brad Dourif will reprise the role for the series.

The reboot opens June 21st in theaters, and will be directed by Lars Klevberg from a story by Kung Fury‘s Tyler Burton Smith. The series will bow this fall on Syfy.

Hamill is currently appearing in season 2 of Knightfall on The History Channel, and is rumored to have a role in the next Guardians Of The Galaxy film for Disney.