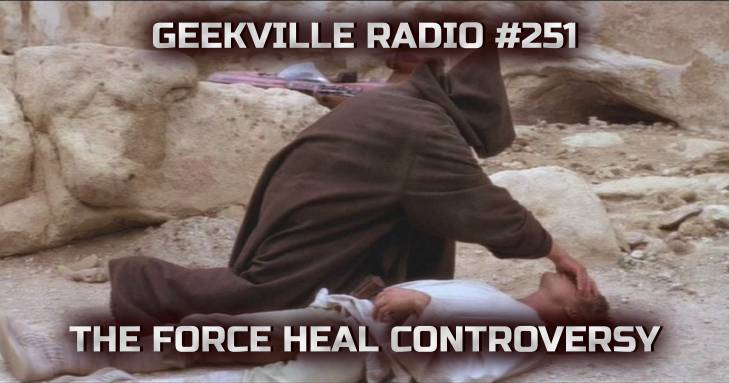 Unlike The Rise Of Skywalker, The Mandalorian was almost universally praised by both critics and fans. This was at least in part due to the popularity of The Child, aka Baby Yoda. Seth and the returning Crazy Train talk the first season of the popular show.

In the second segment, they address the whole “Force Heal” controversy that has surfaced since the release of both the series and the film. Why didn’t Jedi do more healing? What does such a power cost? A recent video by Star Wars Theory makes a lot of good points as to why Jedi weren’t walking healing machines.

Plus, would The Jedi Council even teach healing in the first place?

What did you think of The Mandalorian or the Force Heal Controversy? Sound off below!