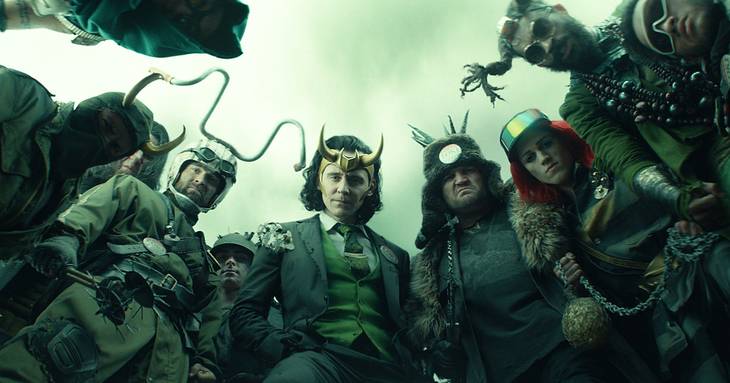 What fake awaits The God Of Mischief? Is Mobius really gone? Let’s find out!

Sylvie interrogates Ravonna about The TVA. Ravonna explains that any pruned realities go to a place called The Void, where all existence collides. That way, they will not grow any further. She says that anything that has gone into The Void has never returned.

Meanwhile, in The Void, the cosplay variants take Loki and flee from Alioth, a big cloud monster that consumes everything. Since The Time Keepers do not care what happens in The Void, there is nothing of value. They just toss realities into The Void to be devoured by Alioth. They all take shelter in an underground bunker.

Sylvie and Ravonna talk to Miss Minutes about The Void Spacecraft, where they could conceivably travel into The Void. However, while Minutes is looking up data on the spacecraft, TVA agents bust in. Sylvie, believing that Ravonna was simply stalling for time, decides to prune herself rather than be captured again.

Loki gets frustrated with his variant counterparts since all they want to do is survive rather than escape. He tries to leave but is met with another Loki variant, President Loki. Before long the place is filled with Loki variants, all of whom are backstabbing each other to gain power. A Loki Battle Royal breaks out. Loki, Kid Loki, Cosplay Loki, and Alligator Loki escape during the ruckus.

Mobius manages to find Sylvie in The Void. He picks her up in a pizza delivery car. Sylvie admits that she was hoping to find Loki in The Void. Since he can’t be found, she decides to charge into Alioth and take it head on.

Loki devises a plan to get inside the cloud and find Alioth’s brain or heart. Suddenly the USS Eldridge falls out of the sky (look up The Philadelphia Experiment). The cloud makes quick work of the ship and its sailors. This prompts Loki to rethink his approach. They are soon joined by Mobius and Sylvie who reveal her plan to enchant Alioth and find out who is truly at The End Of Time. She hands her TemPad to Loki, giving him the way out. Instead, Loki and all of his variants decide to stay and he gives the Tempad to Mobius.

As Alioth approaches, Cosplay Loki creates a huge illusion of Asgard, distracting the monster. It tries to consume the illusion, allowing Sylvie to cast her enchantment spell. The cloud fizzles away, revealing what looks like a temple.

So I was way off in my thoughts about there being clones. Still, Alioth is another connection to Kang, like Ravonna is in the comics. This definitely makes it look more and more like Kang is the big reveal. There were a ton of easter eggs amongst the debris in The Void. A helicarrier, a chitari ship, and a helicopter labeled “Thanos” for starters. It also makes one wonder if The Void could be used to bring back characters that have been previousy killed off. No matter what happens, I still can’t shake the feeling that Loki still has a trick or two up his sleeve.