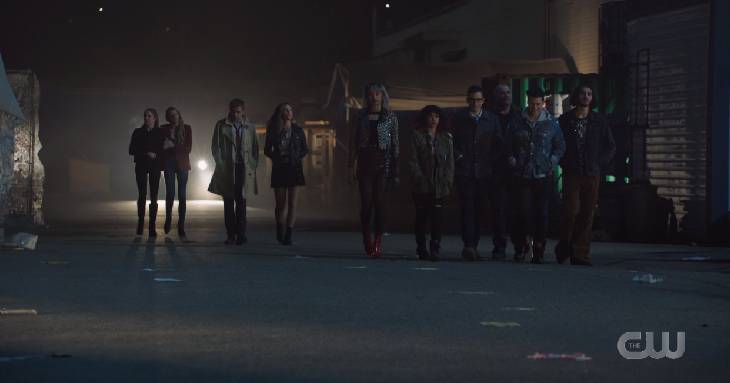 Ava lays in bed reviewing the last footage of Sara while the rest of the team drinks in her memory. Elsewhere, Mick sets out to search for her Sara. Of course, none of them know Sara has been cloned and merged with reptilian alien DNA to give her super abilities.

The Legends decide to travel back to the point where Sara was abducted because nothing could possibly go wrong with that idea. Before long, “past Ava” figures out there are two sets of Legends at the same time. She orders them to go back to their timeline. Instead, they enact a plan to fake Sarah’s abduction. But, as anybody who can recognize the episode title as a Back to the Future reference, that doesn’t work out either and other alternate Legends show up too.

Back at Bishop’s base, Mick is able to convince Sara to blow up the base to prevent Bishop from uploading himself so he can regenerate anywhere. Before they make it to Kayla’s ship, they are jumped by the reptilian creatures. Kayla stays to fight while Sara, Gary, and Mick board the ship. They reluctantly fly off leaving her to certain death.

Everybody reunites and head back home and Sara finally proposes to Ava.

Even though this was called “Back to the Finale: Part Two” this isn’t the actual finale. We’ll see next week whether Bishop returns, or any new foes show up.