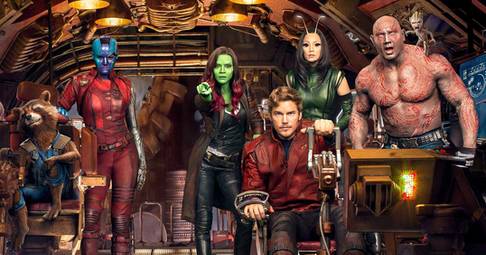 Nearly eight months after being fired by Disney, James Gunn has reportedly been rehired to direct the third installment of the Guardians Of The Galaxy film series.

Deadline reports that Disney chairman Alan Horn met with Gunn to discuss his return to the franchise. Gunn was of course fired last summer over controversial tweets he made a decade previously.

According to the Deadline report, it was Gunn’s public apology and the way he’s handled himself since that persuaded Disney to rehire him.

The social media messages were indefensible, but the filmmaker never did anything but blame himself for poor judgment displayed at a time when he was emerging from the Troma film factory and attempting to be a provocateur.

Since Gunn has committed to writing and directing Suicide Squad 2, Guardians 3 will likely have to wait until that project has finished before production can begin. All of the main cast will likely return, as they were very vocal in their support of Gunn during the controversy.

Avengers: Endgame will release next month, which will wrap up Phase Three in the Marvel Cinematic Universe (MCU). Guardians Of The Galaxy Vol. 3 will be part of Phase Four, which will include Spider-Man: Far From Home, Doctor Strange 2, and a standalone Black Widow film for Scarlett Johansson.