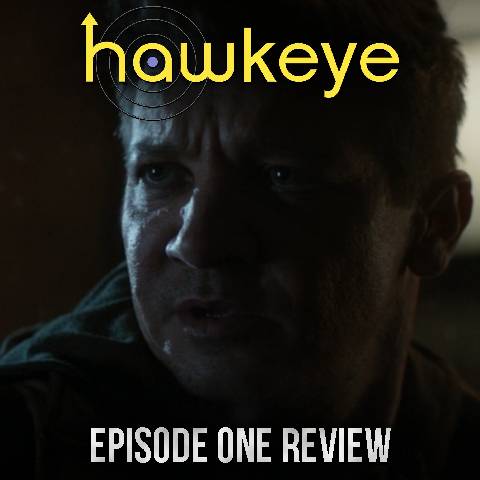 The latest MCU series is finally here on Disney+! What situation is Clint in post-Avengers: Endgame?

WARNING! This contains spoilers for the series premiere of Hawkeye! Do not proceed if you wish to stay spoiler-free

The show starts with a flashback to 2012 with a young Kate Bishop overhears her parents arguing about selling their home. Shortly after that, the Chitauri invasion from the first Avengers film happens. Kate’s home is destroyed but her life is saved by Hawkeye in a scene recreated right out of the film itself. Kate and her mother survive the battle but her father is killed offscreen. At her father’s funeral, Kate vows to protect the family as her father did. She tells her mother that she needs a bow and arrow.

In the present day Christmastime, Kate sneaks into a Stane Towers building. She uses her arrow to ring the bell atop a college school tower. Unfortunately, she also causes its destruction. I’m not sure why she didn’t think of what would happen to her arrow that got stuck in the bell’s rope.

Kate attends a Christmas party where she learns her mother is engaged to a man named Jack. She naturally is distrustful of Jack, especially since her mother seems to have grown distant not only to her but to working-class people as well. She also spies a mysterious dog outside and overhears an argument between her mother and Armand, her soon-to-be uncle-in-law. She poses as a waitress and follows Armand to the cellar where she sees him and Jack attending an underground Katauction. One of the items at the auction is a sword once owned by Ronin, who is the name Clint went under during The Snap/Blip when he was taking down organized crime.

Suddenly, a blast blows the wall in, knocking everybody over and causing the building to lose power. Jack grabs the sword and steps over a fallen Armand. Kate finds the Ronin costume and fends off the intruders. She then chases the mysterious dog away from the scene.

Meanwhile, Clint and his daughter attend a musical adaption of the first Avengers movie. He leaves after seeing Natasha’s depiction. Later, he sees Kate on the news in his old Ronin outfit.

Kate returns to find Armand murdered by a sword. She escapes but is cornered by thugs from the earlier scene. Clint again saves her in the nick of time. The final scene is Kate and Clint finally meeting face to face.

This was a near-perfect premiere episode. Everything made sense from the getgo. Hawkeye has never been an A-Lister in the comics, but he’s always rubbed elbows with them. Him having a spinoff miniseries seems like a natural fit more than a spinoff movie.