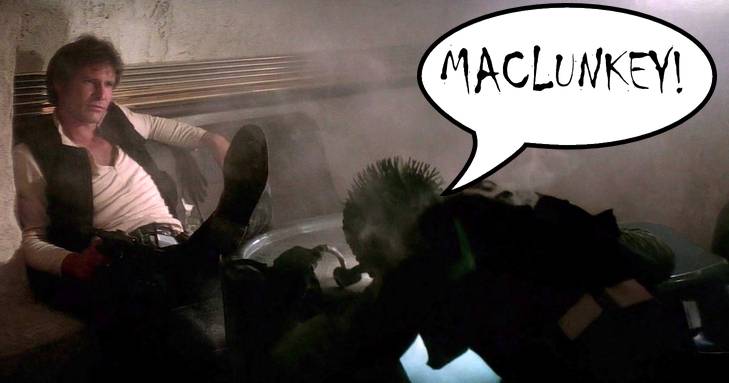 One of the most unexpected pieces of news came to light with the release of Disney+. That news is the alteration of the infamous Han vs. Greedo scene in the cantina has been altered. Yes, again. While previous edits depicted Greedo as firing first, or the two firing at the same time, this new edit has Greedo screaming “MACLUNKEY!” before getting blasted.

But don’t take our word for it, see it for yourself.

So what does “Maclunkey” mean? Your guess is as good as ours, but it seems like it is destined to become quite the meme.

Sooner or later, the story will come out about who came up with the word. Until then, “Maclunkey” is the new “Poodoo”.