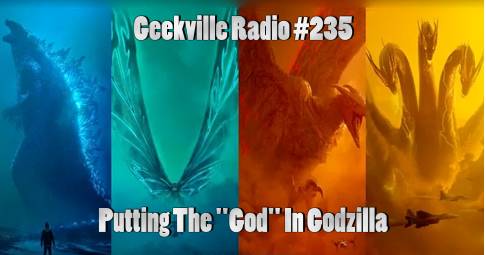 We looked at the Godzilla sequel last week and gave it a favorable review. We also listed Essential Godzilla V in Examining #21. Here, you will see why those movies were selected.

Godzilla – Starting off with Big G himself, here are some nuggets placed throughout the film. Many of which go back to the original 1954 Gojira.

Mothra – One monster that is almost always a heroic, Mothra is usually depicted as one of Earth’s guardians.

King Ghidorah – Ghidorah served as the main antagonist in the film. He is arguably Godzilla’s most powerful foe because it often takes multiple monsters working together to defeat him.

King Kong – Kong was introduced in 2017’s Kong: Skull Island, and will return next year in the aptly titled Godzilla vs. Kong

Rodan – While he is clearly #4 in importance behind Godzilla, King Ghidorah, and Mothra, Rodan still has some memorable screen time in the film.

Dr. Serizawa – Portrayed by Ken Watanabe, Dr. Ishiro Serizawa is one of the leading experts on Godzilla. His name is a combination of two people: Ishiro Honda and Dr. Daisuke Serizawa.

Spiga – A giant spider that plays a minor part throughout the film bears a striking resemblance to Spiga/Kumonga, who first appeared in Son Of Godzilla.

Did you see any other easter eggs? Or hints at future films? Sound off below!