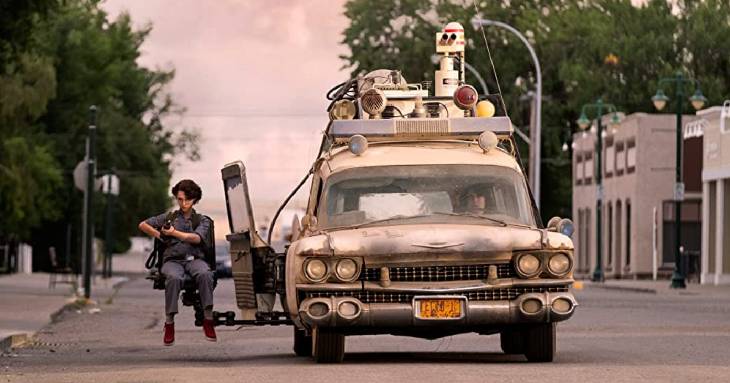 The first full trailer for Ghostbusters: Afterlife has finally been released.

Ever since Ghostbusters II hit theaters in June of 1989 fans have wondered whether there will be a third installment for the film franchise. That speculation returned in 2016 with the release of the all-female reboot. A trailer was released in 2019, but the film was put on the shelf after the COVID-19 breakout last Spring.

The latest trailer gives details on who the characters are. Trevor (Finn Wolfhard) and Phoebe (McKenna Grace) appear to be the grandchildren of Egon Spengler (Harold Ramis in the original films). When unusual ground tremors begin, the kids and (presumably) their teacher (Paul Rudd) investigate since there are no tectonic plates that would trigger earthquakes. We also see that Janine Melnitz (Annie Potts) has been keeping an old house that houses ECTO-1 (1959 Cadillac DeVille hearse). Add in the discovery of paranormal activity and the rest kind of tells itself…

Ghostbusters: Afterlife is co-written and directed by Jason Reitman. It reunites original stars Bill Murray, Dan Aykroyd, Ernie Hudson, and Sigourney Weaver and is set for release in November 2021.