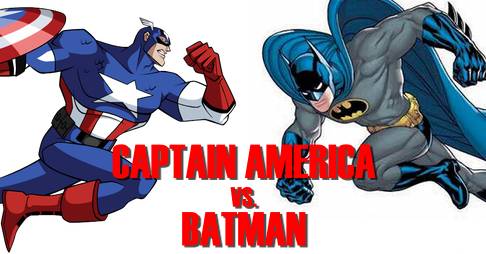 It’s a question that comic fans have asked for decades. Who would win in a fight between Batman and Captain America? Seth and Crazy Train (fans of Captain America and Batman respectively) run down the strengths and weaknesses of each, and give their opinions on who would win in varied circumstances. You can join in the discussion below, or on Facebook and Twitter using #CapVBats as the hashtag.

In the news, the long rumored Inhumans movie is now actually a TV show. What can we expect from such a sci-fi oriented title? Especially since Agents Of SHIELD has officially been renewed for Season 5.

Also in Marvel News, Deadpool is getting an animated TV Series on FXX. Could they do it without Ryan Reynolds? And if not, can they still do justice to the character on TV?

Plus, the Greg Berlanti produced Black Lightning series is getting a full season order from The CW. Will this fit into the other Flarrowverse titles? And if so how?

All this and more in another fun-filled Geekville Radio! Remember, use #CapVBats to give your thoughts on Captain America vs. Batman. The best posts will be read on the air next week!