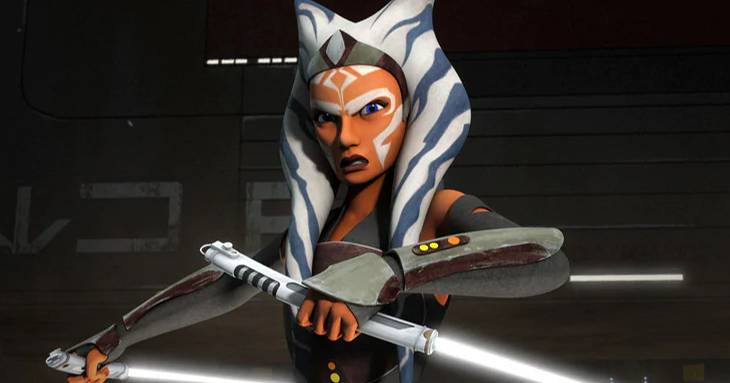 In our first post-quarantine episode, Seth returns to his mobile underground bunker to chat with Train about the news of the past two weeks.

Ahsoka Tano will finally be making her debut in a live-action Star Wars production in the second season of The Mandalorian. Actress Rosario Dawson will portray the character. Some fans have wished voice actress Ashley Eckstein would reprise the role, but even Eckstein herself has endorsed Dawson.

To make a DC Comics comparison, we all love Mark Hamill as The Joker. But he is not tall and skinny like how Joker is depicted in the comics.

11:15 – Chewbacca’s unfilmed scene from The Rise Of Skywalker

In the recently released Rise Of Skywalker novelization, Chewbacca has a very interesting scene with Kylo Ren. While interrogating Chewie, Kylo tries the mind probe he used on Poe Dameron in The Force Awakens. However, unlike Poe, Chewie was ready for this and turned the tables on The Supreme Leader. Not only does it show how Chewie has changed since TFA, but it also shows how compassionate of a person he is with his family and friends

Disney released a final trailer for the first Phase Four movie, Black Widow. It depicts Taskmaster as the one who runs The Red Room. Plus, it shows Red Guardian is seen fighting Taskmaster, which should end the speculation that they were the same person.

Rumors persist that Mark Ruffalo will cameo in She-Hulk as Bruce Banner. Obviously, he doesn’t have to be a regular. All he needs to do is be in the premiere to undergo the blood transfusion that turned Jennifer Walters in She-Hulk.

Another major rumor is that Rogue could be the villain in Captain Marvel 2. This fits her comic book origin and would be an interesting way to bring The X-Men into the MCU.

Legendary country music artist Kenny Rogers passed away this week at the age of 81. Seth and Train reflect on his career and talk about the multiple genres of music he made through the years. See what we did there? Several artists, including filmmaker Kevin Smith, have made their tributes.

All this and more in another fun-filled edition of Geekville Radio! This episode is dedicated to the memory of our co-podcaster and friend Norko Kipte.