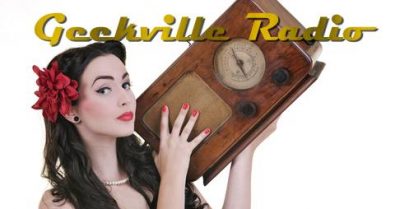 It’s happened again. LucasFilm has announced the parting of another director from a Star Wars movie. The Hollywood Reporter published an article on Colin Trevorrow from Episode IX. Join Seth and special guests Ken from Geek Watch One and Derrick from Wookiee Radio as they discuss the news, and the potential ramifications on the movie.

“Lucasfilm and Colin Trevorrow have mutually chosen to part ways on Star Wars: Episode IX. Colin has been a wonderful collaborator throughout the development process, but we have all come to the conclusion that our visions for the project differ. We wish Colin the best and will be sharing more information about the film soon,”

“Rumors are already circulating as to possible replacements for Trevorrow. Rian Johnson, who is in post for The Last Jedi (Episode VIII), has been mentioned as a possibility, returning to the franchise. J.J. Abrams, who successfully helmed Star Wars: The Force Awakens, has also emerged as a top contender.”

“Trevorrow’s departure now marks the fourth time directors have been replaced on a Star Wars project. Tony Gilroy took over from Gareth Edwards for massive reshoots on 2016’s Rogue One. And Josh Trank was taken off of a Star Wars anthology film after reports arose about the helmer’s disturbing behavior on the set of Fox’s Fantastic Four reboot. Like Trank’s, Trevorrow’s exit occurred before the movie started shooting.”

-Edgar Wright, director of Scott Pilgrem vs. The World

Not to be outdone, Seth has some picks of his own:

In other Disney/Star Wars/Marvel news, Bob Iger announced that Marvel movies and Star Wars content will be available on the upcoming Disney streaming service.

In the TV world, Season Four of Rebels will be the final season. Check out the trailer, and see how many more Easter Eggs you can find.

The second half of the show is more of a “shoot the breeze” type format where three geek friends just talk what’s on their minds. Ken talks the new Stargate Command website which will soon be streaming the new Stargate Origins prequel series. Derrick talks the new version of Stephen King’s It, and all three close out the conversation previewing the geek movies left in 2017.

This is a bit of a different show, but one we think you’ll enjoy. Another fun-filled Geekville Radio!