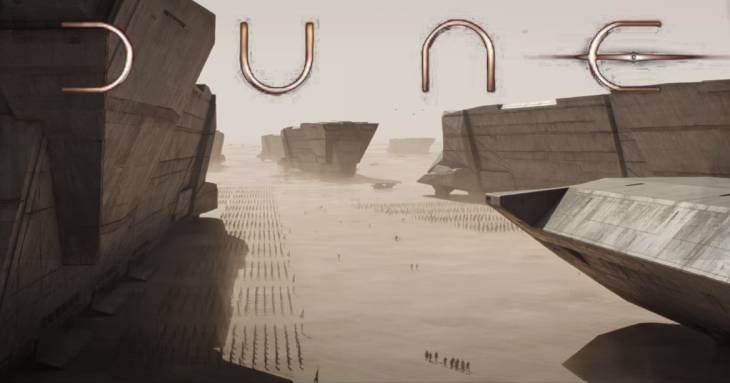 At long last, the official Dune trailer has arrived! check it out below.

Dune is the latest feature-film adaption of Frank Herbert’s classic 1965 science fiction novel of the same name. It is the story of royal houses in the distant future who are at odds over control of “spice” found on the planet Arrakis. The original novel is widely considered one of the main influences on the space opera genre.

There have been two previous attempts at adapting the novel to live-action. David Lynch directed a 1984 feature film that starred Kyle
MacLachlan, Sting, and Patrick Stewart. A 2000 mini-series was also released on the then Sci-Fi Channel.

The film, directed by Denis Villeneuve (Blade Runner 2049), was delayed due to the COVID-19 pandemic but is now set for a December 18th release. It has a star-studded cast that consists of Timothee Chamlet, Jason Momoa, Josh Brolin, Dave Bautista, and Zendaya.